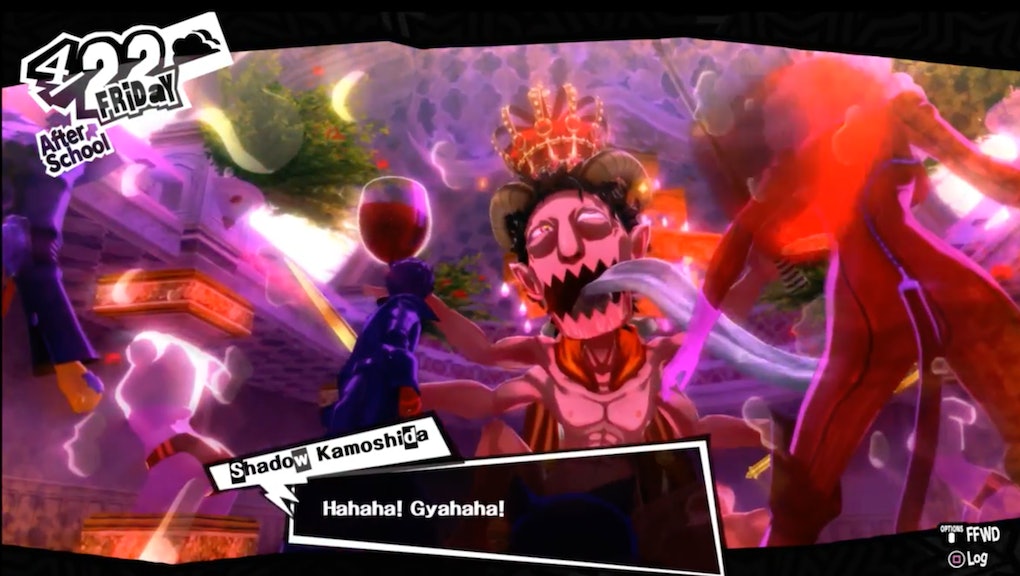 'Persona 5': Tips and strategies for how to beat Shadow Kamoshida

As you play through Persona 5, you'll be faced with several powerful bosses. The first main boss fight will pit you against Shadow Kamoshida, the souped-up version of one of the characters you'll likely have grown to hate the most during your time with the game. He's a doozy, but this battle is nothing you and your team of Phantom Thieves can't handle. Here's how you can take Shadow Kamoshida down fast.

After you reach the end of the first Palace (dungeon) of Persona 5, you'll be facing Shadow Kamoshida as the final boss. The battle can be challenging if you don't prepare properly, and you'll want to at least be level 10 before you make your attempt. This way, your party members and Personas will have learned some useful skills that you can take into battle. The tarunda skill, which you should have been able to pick up via fusing Personas or utilizing a party member who's able to learn it, is particularly effective.

As long as you've reached level 10 and you've got tarunda as a skill, you should be ready to rumble.

Persona 5 Shadow Kamoshida tips: How to beat him

So it's finally time to take this bad boy out — you may not be able to defeat Shadow Kamoshida with hatred alone, but you've got Personas and abilities on your side.

When you enter the fight, make sure you watch out for Shadow Kamoshida's attacks that come two in a row. Heal as often as you can if your party members get close to death. And remember that if Joker falls, it's game over, even if you have others fighting in the same battle. Morgana can take care of healing with his Heal/Support tactics if you don't want to use items or Personas with the dia skill.

Shadow Kamoshida can attack and buff himself, usually alternating between the two. For instance, when he uses the "drink from wine glass" move, this will raise his attack. Annoyingly, libido boost will completely heal him. As far as attacks go, Shadow Kamoshida's volleyball assault will send a torrent of volleyballs crashing down on your team, but it's not nearly as damaging as you might expect. Golden knife can be used twice in the same turn, and it's a little more powerful than volleyball assault.

Sometimes Shadow Kamoshida will use the "lick" move, which he will preface with the "looks at" move. Choose the character he looked at and have them use guard for the next turn. The big bad attack is golden spike and it can totally mess up your world. You'll see it choreographed when he sends out slaves. You'll want to tell all of your party members to use guard so you can soak some of the damage. You may still need a huge round of healing after that, but just keep up with it and you should be fine.

As far as an offensive round goes, just keep hammering Shadow Kamoshida with attack volleys from your Personas. Strike a balance of attacks and keep up with healing and defense and you'll whittle enough HP down to defeat him. Then sit back and enjoy the fireworks! You've earned them!