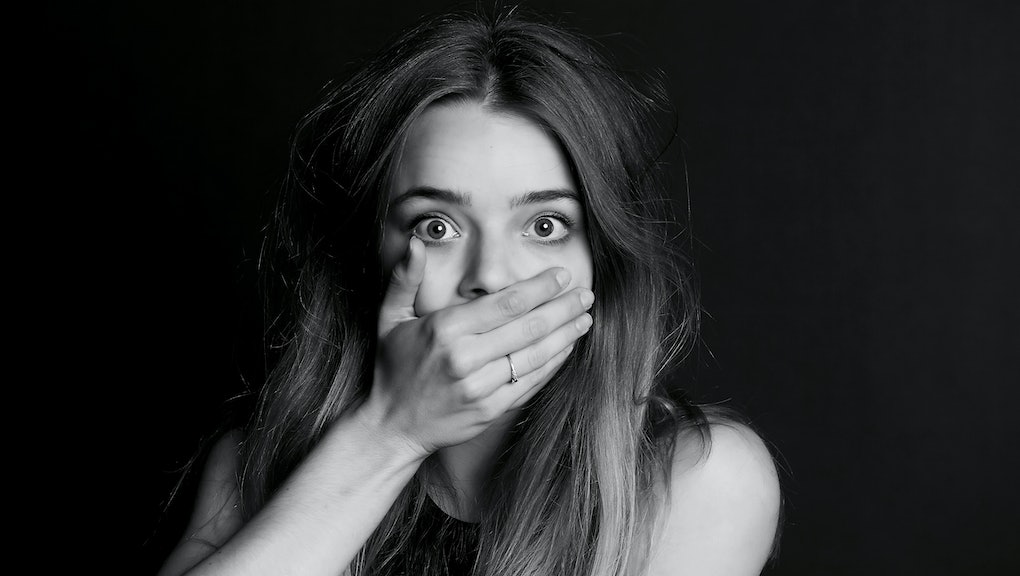 If phrases like, "I've got a lot on my plate" or "Let's circle back" at work sound like nails on a chalkboard to you, consider how "I can't" or "Sorry, but" sounds. Some workplace phrases are bothersome, but others are total career killers.

Terms like "deep dive" or "thinking outside the box" are often misused, overused or downright annoying. They can also make you seem like a corporate robot, according to the Muse's Kamara Toffolo.

That's not a good image for anyone. You want to project confidence, competence and creativity, and corporate jargon — also known as corporatese — isn't going to cut it.

Here are seven words to banish from your workplace vocabulary:

Don't say honestly: Be honest instead.

Saying like "touch base," "reach out," "take this conversation offline" and "have some face time" should all be eliminated, according to the Muse — they simply fall in the category of "call," "email" or "meet." Also, going "off the grid" just means you aren't going to be available for a while during work hours.  Why can't you just say that?

You and your colleagues drop a few "f-bombs" every now and again, so what? Although some corporate cultures acknowledge that blowing off a little steam with the occasional curse word is OK, some managers could be reluctant to promote workers with a potty mouth. In a 2012 survey by Career Builder, 51% of respondents said they swore at work — but 57% of polled managers said they'd be less likely to promote a worker did. Keeping your mouth in check at work is always a good idea.

When you say you'll "try" to meet a deadline, your boss hears that you're possibly planning to fail or not complete the work on time, instead of hearing you're going to give the initiative your best effort. "No boss wants to hear this," Business Insider's Jacquelyn Smith wrote.

Rather than "trying" to get a project finished, Darlene Price, president of Well Said, Inc., told Smith she suggests responding with a specific and assertive statement like, "I will have the project finished by Friday at noon."

If you want to heap praise on a colleague, use jargon that reflects your level of accomplishment and maturity versus terms you used in college. The term "rock star" — in addition to "ninja," "guru" and using your "spidey sense" — might have worked well on the playground, but it may come off as annoying or overused in the workplace. What word might be better? Try "expert," Toffolo wrote; or simply say, "You're a pro." Fewer syllables.

Adding the word "but" to your sentence can make a good statement go bad. "But" is a good word if you're aiming "on the contrary," Price said. Example: "Everyone left before the project was over, but I stayed."

Otherwise, using the word "but" can create a negative mid-sentence, such as: "This is a great product, but we no longer make it."

Instead, turn the negative into a positive with an "and," as in: "This is a great product, and while we no longer make it, our newer model is even better."

Similarly, in a disagreement, try to find common ground with your coworkers — by replacing "no, but," with "yes, and" in your conversations. Instead of, "No, but April performance is more important," try: "Yes, long-term goals are crucial... and I bet monitoring short-term performance will help us get there."

When you say, "I just thought it might be a good idea if ..." the listener hears, "I'm going to give you an idea that probably isn't good." Women in particular can be hurt by using this word, as it can play into gender biases about submission and childishness, as MSN points out.

One fix is to read aloud written communication with the word "just" and do a quick rewrite without the word. The sentence will sound stronger and more direct without the self-deprecating qualifier.

Sign up for The Payoff — your weekly crash course on how to live your best financial life. Additionally, for all your burning money questions, check out Mic's credit, savings, career, investing and health care hubs for more information —that pays off.