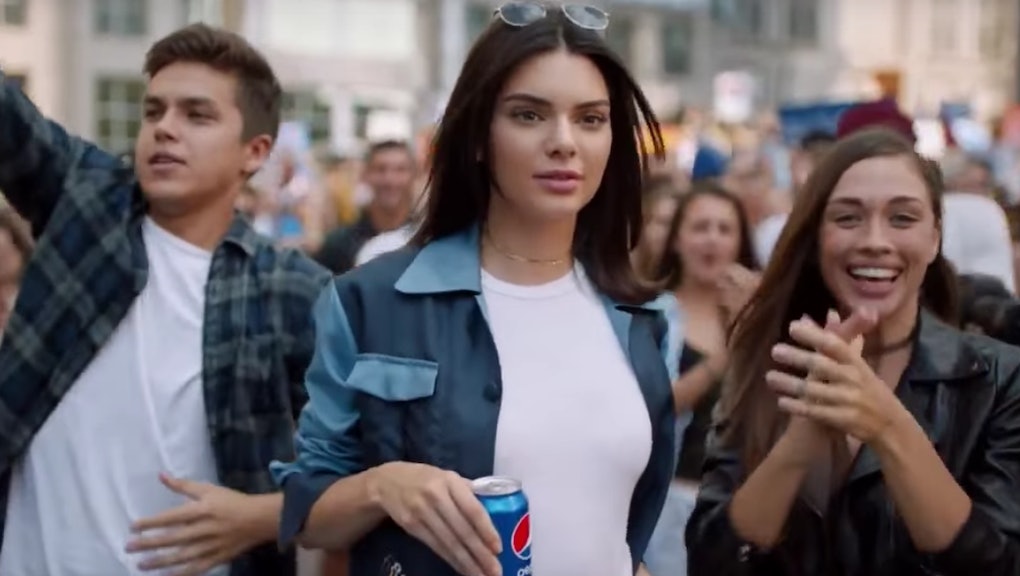 Kendall Jenner: How the reality star is responding to the Pepsi ad controversy

Kendall Jenner is reportedly struggling to get over the failed launch of her disastrous Pepsi ad campaign — and the internet isn't making it easy.

On Sunday, an unnamed source told People Jenner was "not happy" about the uproar over what was supposed to be a major marketing debut for the least controversial member of the Kardashian clan.

"She has been very upset," the source said. "She feels terrible. She loves being a model. To get a Pepsi gig was a big deal. She was very excited. She never expected it to receive such backlash. She hopes people understand that she wasn't involved in the creative process."

The since-pulled ad depicts the 21-year-old Jenner posing for pictures during a modeling shoot as a growing group of photogenic, market-friendly, stereotypical millennial protesters wielding generic signs mobilizes and demonstrates in the streets outside Jenner's storefront studio — reminiscent of recent Black Lives Matter and anti-Trump demonstrations.

Over the weekend, Saturday Night Live comedians portrayed a clueless Jenner anxious to film the Pepsi ad, even as an increasingly nervous director tried to do a last-minute rewrite after talking with family members and a "black neighbor."

Jenner flew from Paris back to Los Angeles on Friday to lay low with family while the latest Kardashian controversy blows over, according to People. Next on her to-do list is her latest episode of Keeping Up with the Kardashians, during which she and little sister Kylie Jenner scramble to prepare for a Vogue review of their clothing line.

"If this doesn't go as well as we hope, it could break us," Jenner said in an E! preview of Sunday's episode.