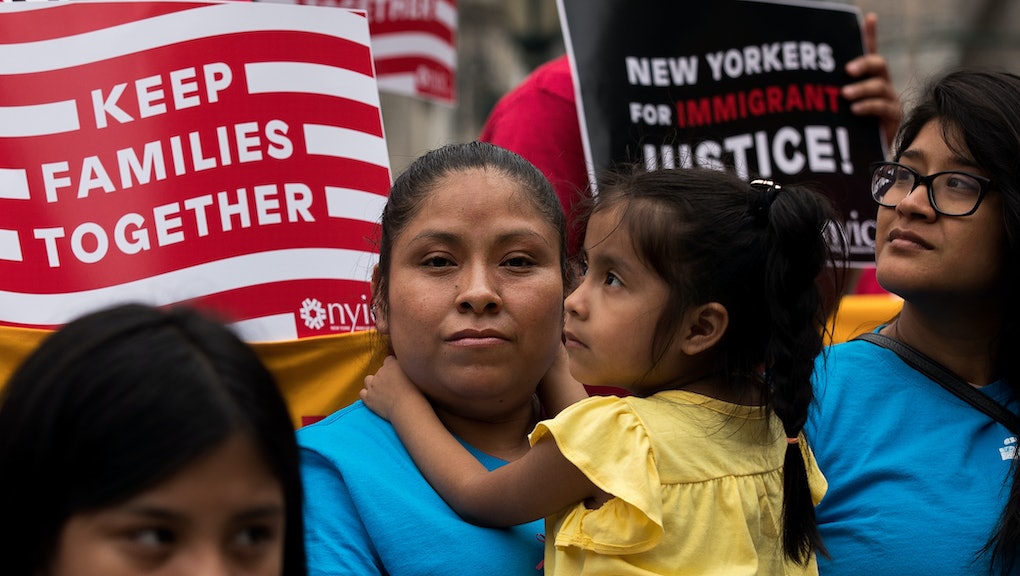 On the campaign trail, Donald Trump's rhetoric on immigration was anything but restrained.

Trump called some Mexican immigrants "rapists" and blamed others for taking jobs away from American workers. Still others he blamed for acts of terror. He promised to overhaul the U.S. immigration system and, in general, make it much harder to immigrate to the United States.

Now that he's president, Trump has sweeping authority to change the way the immigration system works. There are two big ways he can do that: through visas, and through deportation.

One way Trump can make a major dent in the number of immigrants allowed into the country is by changing the process by which visas are issued. One of Trump's first acts as president was an attempt to greatly restrict travel visas from seven Muslim-majority countries, a move that was struck down by the courts. A second version of the order also stalled in the courts. Nearly 60,000 visa holders were affected by the two orders, the Los Angeles Times reported in February.

While those moves didn't work the way he'd planned, there are other ways Trump can restrict visas.

H-1B visas, for workers with specialized jobs, are a prime target. In early March, the administration announced changes to the H-1B program. First, computer programmers will no longer be considered "specialized" workers eligible for H-1Bs. Second, the administration announced a six-month hiatus on "expedited processing," which allowed visa applicants to learn the status of an application 15 days after applying. Now, the process could take months.

The administration also said it will begin conducting site visits to companies that employ a large percentage of H-1B workers in order to ensure the program is not being "abused."

In a draft executive order published in January by Vox, the Trump team laid out further steps it could take on immigration, including ending the Dreamer program and turning away immigrants who are poor.

The other way Trump can reduce the number of  immigrants is by deporting them. And, like his predecessor, Barack Obama (under whose administration more undocumented immigrants were deported than any other, earning him the nickname "Deporter-in-Chief" from critics), Trump is doing just that.

While it's still too early to say whether Trump is on track to out-deport Obama, signs indicate that he's more gung-ho about expelling the undocumented than his predecessor was.

First, Trump is ramping up the number of government employees responsible for carrying out deportations. The administration plans to increase the number of Border Patrol agents by about a quarter and the number of Immigrations and Customs Enforcement personnel by 80%.

Trump has also said his administration won't treat any class of immigrants — for example, those who came to the United States as children — as exempt from deportation.

The Obama administration claimed it prioritized deporting undocumented immigrants who had committed crimes, but data didn't bear that out. Trump would continue that policy.