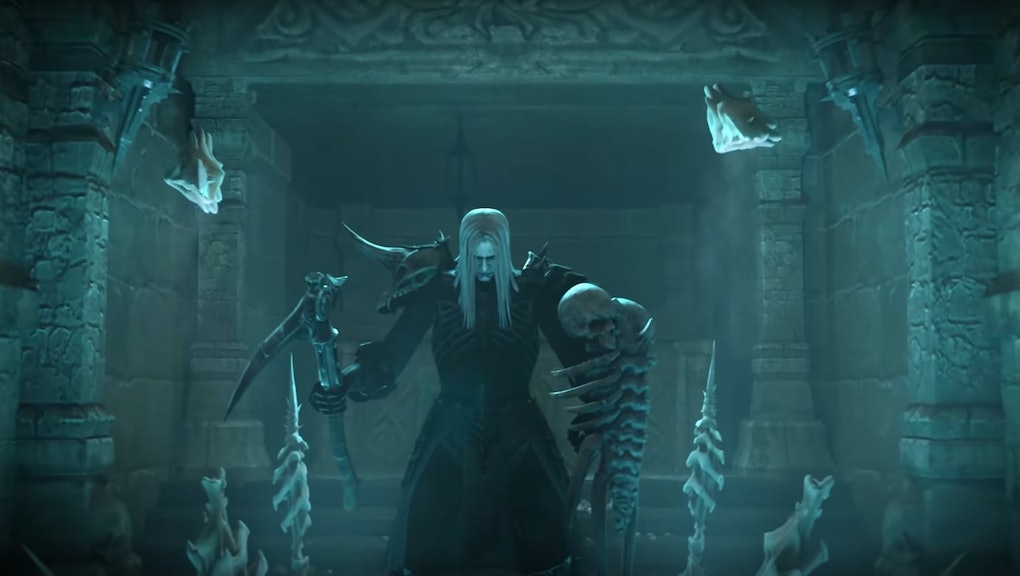 'Diablo 3' Necromancer Builds: Skills you need to fit your playstyle in the beta

Diablo 3's Necromancer closed beta has finally begun, and a select number of testers have been accepted to try it out early. If you were one of the lucky few to get into the beta, consider utilizing the Necromancer class build and these select skills to navigate the new content.

Based on Blizzard's own Meleemancer build, this setup should give you the edge you need to obliterate the competition, based on personal experience and testing.

Diablo 3 Necromancer builds: The skills you need to dominate in the beta

The Necromancer's Meleemancer class created by Blizzard is great for close-quarters play, especially if you prefer to get right up on your opponent and send them to an early grave.

When tweaked, however, the Mid-Meleemancer build coined here can work at both close and mid-range, leaving you free to attack from afar or get in the enemy's face as is necessary. These skill descriptions should assist you, courtesy of Blizzard.

Bone Spikes is a physical ability that will summon bone spikes from the ground capable of dealing 150% weapon damage per second. When leveled up, you can utilize the Sudden Impact ability, which can stun enemies for one second, all the way up to Blood Spikes, where enemies will bleed for 50% weapon damage over the span of 2 seconds. You'll be healed for 0.5% of your total life during this time.

Bone Spikes will keep distance between you and the enemies you face, and then you can utilize them to siphon additional health from them as well while you stay out of the crossfire.

Keeping with the theme of bone-related weapons and projectiles, Bone Spear will summon a bone projectile that will cause 450% weapon damage to any enemy it passes through. Additional augments will add poison damage and health-siphoning skills to Bone Spear later on.

Blood Spear will increase the damage dealt to 518% weapon damage, but you'll need to spend 10% health to take advantage of this boon. You can use this further away or up close to fit your needs.

Decrepify is meant to put your opponents at a disadvantage, reducing their movement speed by 75% and reducing damage dealt by a whopping 20% for 30 seconds. This should give you time to move in, use your heavy damage-dealing skills and clean house for a few moments. Decrepify becomes even more powerful with its Wither, Enfeeblement and Opportunist augments, making it a must-have.

Leech is exactly what it sounds like. It's an ability that's meant to steal health from enemies and siphon health back to you. It will curse the area you target, and cursed enemies get a chance to heal their attacker for 1% of their total health for 30 seconds. It eventually powers up to Osmosis, which offers a hefty 751 life regeneration per second.

Utilizing these skills should help you to create a decent build for your Necromancer throughout your time with the Diablo 3 Necromancer closed beta. Happy hunting.

Mic has all the latest Diablo news, including updates on when we might be able to expect the Necromancer's appearance, Diablo 3's recent anniversary patch and PS4 patch notes.