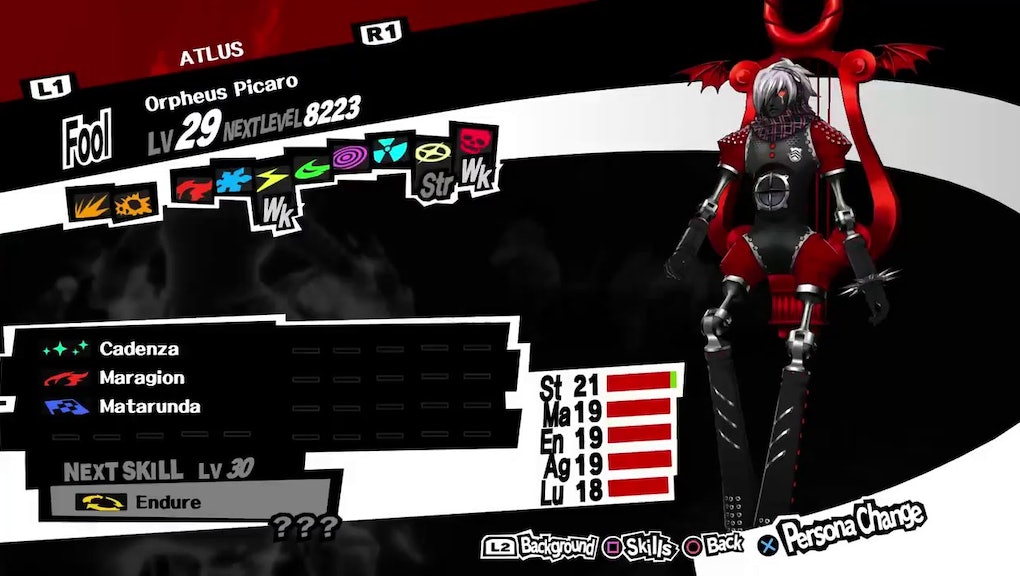 'Persona 5' Orpheus DLC: How to get Orpheus and its special Picaro variant

Persona 5 Orpheus DLC: How to get Orpheus and the Orpheus Picaro variant

If you're looking to add Orpheus to your gaggle of Personas, you'll want to seek out the Persona 5 Orpheus & Orpheus Picaro Set via the PlayStation Store. It's a piece of DLC that's available right now for $2.99.

The DLC will unlock Orpheus from Persona 3 to do your bidding in-game. You'll get the original Orpheus design as well as a Picaro variant with unique skills to use in battle. The "Picaro" theme comes from the fact that Persona 5 is a "picaresque" story, or a tale that follows a rough and tumble hero throughout episodic vignettes. You'll also get special fusion items with this DLC set.

Orpheus was an important part of Persona 3's story, so after you nab the Persona for use in Persona 5, you might consider also playing through Persona 3 for a very unique experience that adds context to your purchase. Unfortunately, at this point, this is the only way to add Orpheus to your menagerie of Personas. For now, you'll have to shell out some cash.