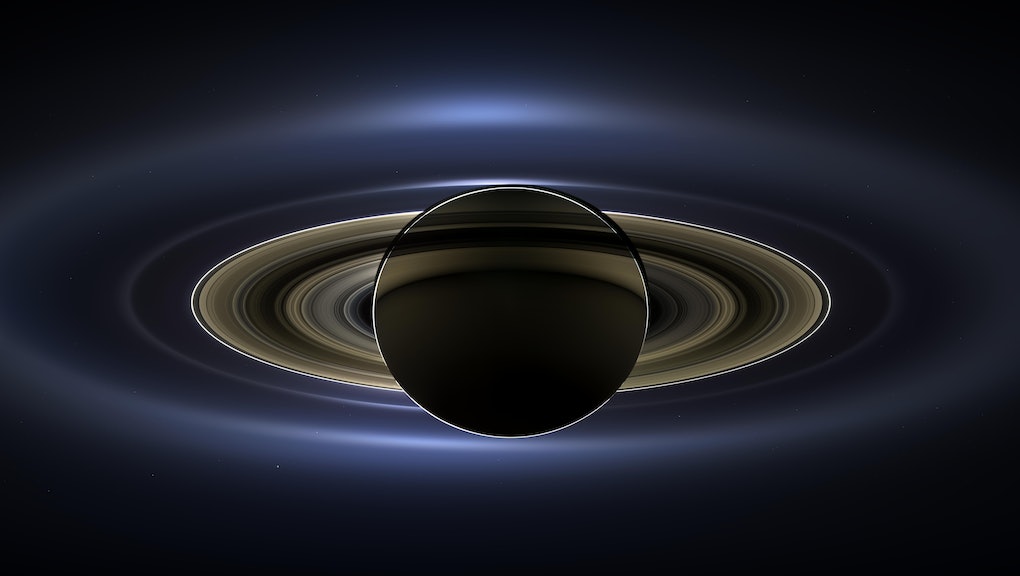 NASA has discovered a possible ocean on Saturn’s moon Enceladus — could that mean life?

New findings from data collected by NASA's Cassini spacecraft suggest that aliens could be living right here in our own solar system.

OK, sure, they aren't the little green men we were hoping for, but as NASA scientists announced, a "form of chemical energy that life can feed on appears to exist on Saturn's moon Enceladus," meaning teeny, tiny microbial life may be swimming around up there.

Additionally, Hubble researchers report they too have found evidence of plumes of the material erupting from Jupiter's moon Europa.

"This is the closest we've come, so far, to identifying a place with some of the ingredients needed for a habitable environment," Thomas Zurbuchen, associate administrator for NASA's Science Mission Directorate in Washington, said in a statement. "These results demonstrate the interconnected nature of NASA's science missions that are getting us closer to answering whether we are indeed alone or not."

The researchers' findings, published in the journal Science, indicate the presence of hydrogen gas on the 310-mile wide moon of Enceladus. And as NASA so eloquently breaks down, "Life as we know it requires three primary ingredients: liquid water; a source of energy for metabolism; and the right chemical ingredients, primarily carbon, hydrogen, nitrogen, oxygen, phosphorus and sulfur."

The abundance of hydrogen, the scientists conferred in the summary of their findings, suggests a "state of chemical disequilibria in the Enceladus ocean." The disequilibria could represent the  chemical energy source needed to support life.

While the findings may feel small, they are anything but that to the scientific community. As Linda Spilker, Cassini project scientist at NASA's Jet Propulsion Laboratory in Pasadena, California, said, "Confirmation that the chemical energy for life exists within the ocean of a small moon of Saturn is an important milestone in our search for habitable worlds beyond Earth."

However, Mary A. Voytek, head of NASA's astrobiology program, made sure to keep all our theories grounded here on Earth, telling the New York Times, "If there is biology there, it isn't very active."

Cassini, NASA said, was never designed to detect signs of life, but rather to simply record data of Saturn. Cassini's almost 20-year mission will soon come to a close as it is currently planned to be destroyed by diving into the Saturn's atmosphere on September 15, 2017.