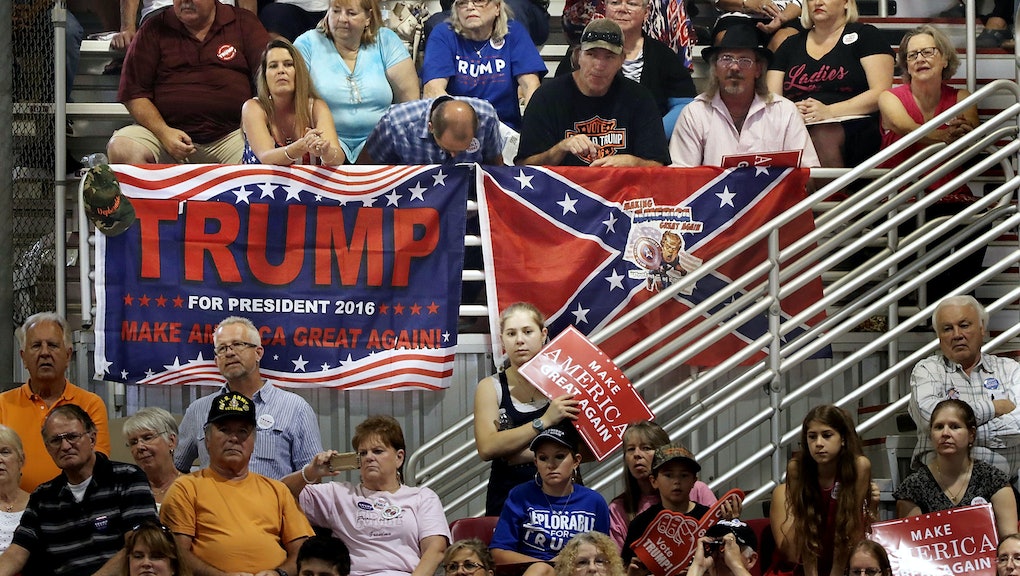 Poll shows Americans voted for Trump out of "fear of diversity"

Racial resentment drove supporters of President Donald Trump to vote for him in November more than any other factor, new research shows.

Political researchers Sean McElwee and Jason McDaniel published a report in the Nation in March detailing their latest study on what motivated Trump voters to go to the polls.

Their findings, which mirror similar reports showing racial bias among Trump supporters, illustrate an inherent fear or anger about perceived threats of increasing diversity, compelling many to vote for Trump.

"Opinions about how increasing racial diversity will affect American society had much more impact on support for Trump during the 2016 election," the authors determined. "Racial identity and attitudes have further displaced class as the central battleground of American politics," they added.

To reach this conclusion, the authors asked survey respondents questions about how increased diversity would impact the country, given that census data projects racial and ethnic minorities will outnumber whites in America by 2043.

The results showed Republicans and whites, Trump's primary base of support, were the most likely to view increased diversity as a negative. In fact, the researchers found a direct correlation between racial resentment and the probability of voting for Trump. This was more true for Trump voters in 2016 than it was for Romney or McCain supporters of the two previous elections, the study revealed.

"Fears about growing racial diversity appear to be uniquely important to support for Trump compared to previous Republican candidates," the authors wrote. "It seems clear that they will play a key role in the future of the Republican Party."

The new study's findings add greater context to the nation's post-election hate crimes spike and the rise of the alt-right. A November Pew Research study showed only 6% of Trump supporters support the Black Lives Matter movement.