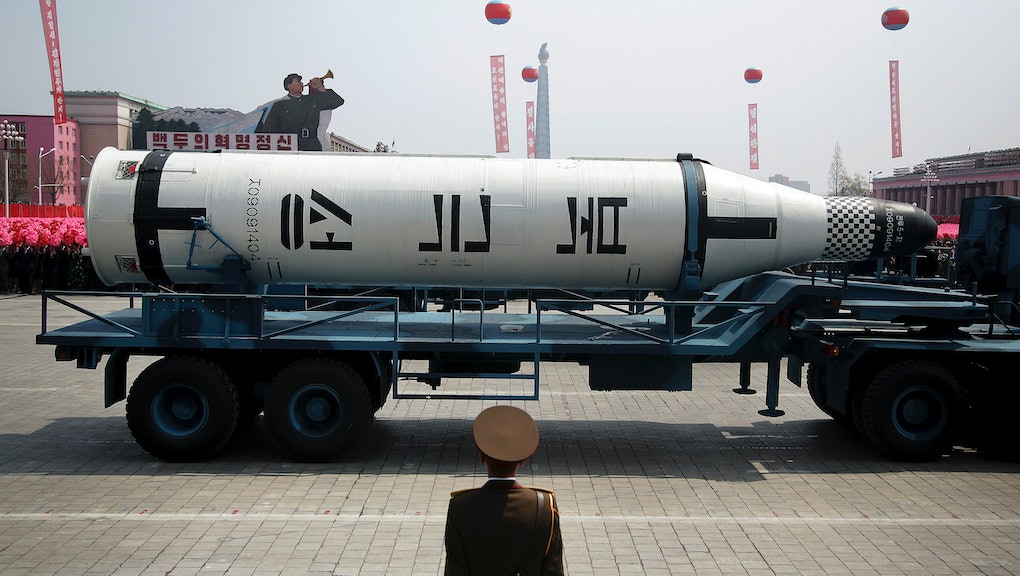 North Korea's failed missile test Sunday has fueled speculation over whether the United States might have used cyber warfare tactics to scuttle the operation.

"It's unclear if the U.S. interfered with this specific test, but the tactic is actively being pursued by the U.S. military, according to public statements and congressional testimony by current and former members of the armed forces," CNN reported.

From the United States' point of view, it makes more sense to keep North Korean missiles from ever getting airborne than trying to intercept them or shoot them down once they're already flying.

"The simple fact [is] we cannot afford to build enough interceptors to engage the quantity of threat missiles which can be presented to us," Archer Macy, a retired admiral in the U.S. Navy and former director of the Joint Integrated Air and Missile Defense Organization, said at a 2015 missile defense conference. "We cannot simply play catch."

Under the best conditions, missile interceptors fail more than half the time, records show. That's why, in 2014, then-President Barack Obama ordered the Pentagon to "step up its cyber and electronic strikes" against North Korea's missile program, according to the New York Times.

Those strikes could include things like "malware, lasers and signal jamming," the Times reported. Viruses, like the Stuxnet virus, which ravaged Iran's Natanz nuclear facility in 2009, could also be deployed, experts told CNN. Soon after Obama's order to the Department of Defense, North Korean missiles' failure rates became "extraordinarily high," the Times reported.

Still, it's impossible to say whether those failures are the result of U.S. interference, or whether something as simple as human error could be to blame. And not all of North Korea's tests have ended in failure.

The country has also conducted five nuclear tests, drawing rebukes and sanctions from the international community.