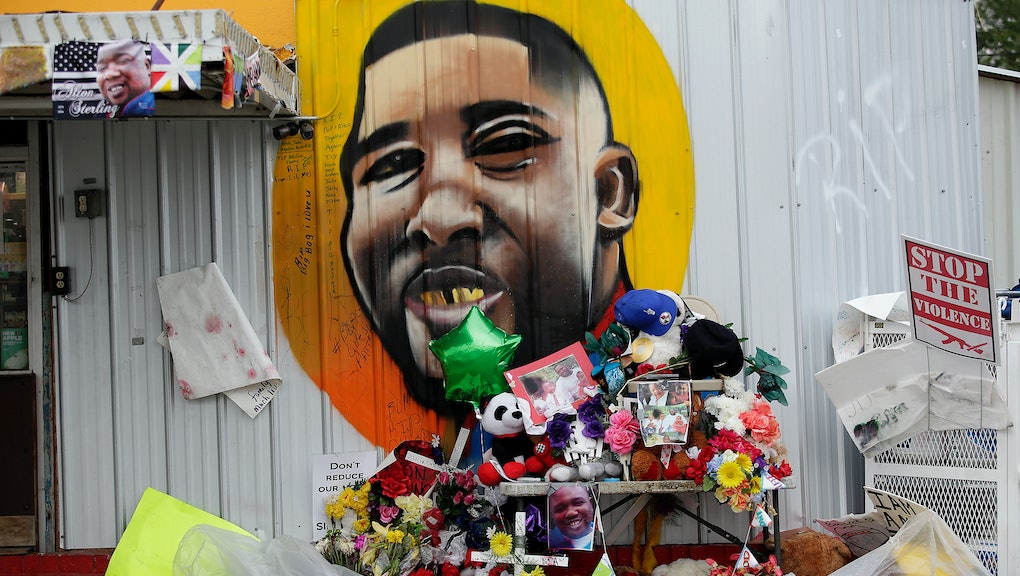 There will be no charges in the police shooting death of Alton Sterling, a black Louisiana man whose death in July sparked nationwide protests, the Washington Post reports.

Sources tell the Post that the Justice Department will reveal that it has closed the probe within the next 24 hours. During the Obama administration, Louisiana officials asked the Department of Justice to determine if Sterling's civil rights had been violated by the Baton Rouge police officers involved in the incident, which was captured on police body cameras and on a bystander's smartphone.

Sterling's family has not been notified by the Justice Department about these latest updates in the officers' cases as of Tuesday afternoon.

"We have not heard nor received an update and are unaware of any charges that may or may not be filed," Ryan Julison, a spokesman for the Sterling family's attorneys, told the Post. "We have not received word, nor has the family been given any notice of upcoming updates regarding this case."

According to Post, the DOJ is expected to explain its findings in the Sterling case next week. The Post's report comes amid nearly a week of speculation that federal officials were preparing to announce whether they would bring charges against two officers.

Abdul Rashid Muhammad, a Baton Rouge activist, described the atmosphere among residents as "very tense," as they awaited word on the case. "Young folks already feel that the justice system has failed," Muhammad, co-chair of the Nation of Islam's Justice or Else Coalition in Baton Rouge, said in a phone interview on Tuesday.

Muhammad said local leaders have counseled residents to "not take the streets in any violent manner that would do harm to the city or to ourselves." But anger over Sterling's death remained palpable, he said in the interview.

Sterling, a 37-year-old resident of Baton Rouge, encountered officers Howie Lake II and Blane Salamoni on July 5, 2016, outside of a small grocery market in the city. The officers arrived on the scene after an anonymous caller reported that Sterling had threatened him with a handgun. Sterling had reportedly been selling CDs outside of the store.

According to authorities, the officers first used a stun gun on Sterling before tackling him to the ground. After one of the officers shouted that Sterling had a gun, multiple shots were fired into Sterling's chest and back, authorities said.

Lake and Salamoni, who were put on paid administrative leave following the shooting, reportedly told East Baton Rouge District Attorney Hillar Moore II that they felt "completely justified in using deadly force" against Sterling. Moore, who stepped aside from the investigation after citing conflict of interest with the officers' families, never said whether or not he agreed with the officers.

The decision comes after a 10-month review of the case by federal prosecutors. In March, Moore said Baton Rouge officials had been preparing for the possibility of renewed civil unrest after the decision was announced.