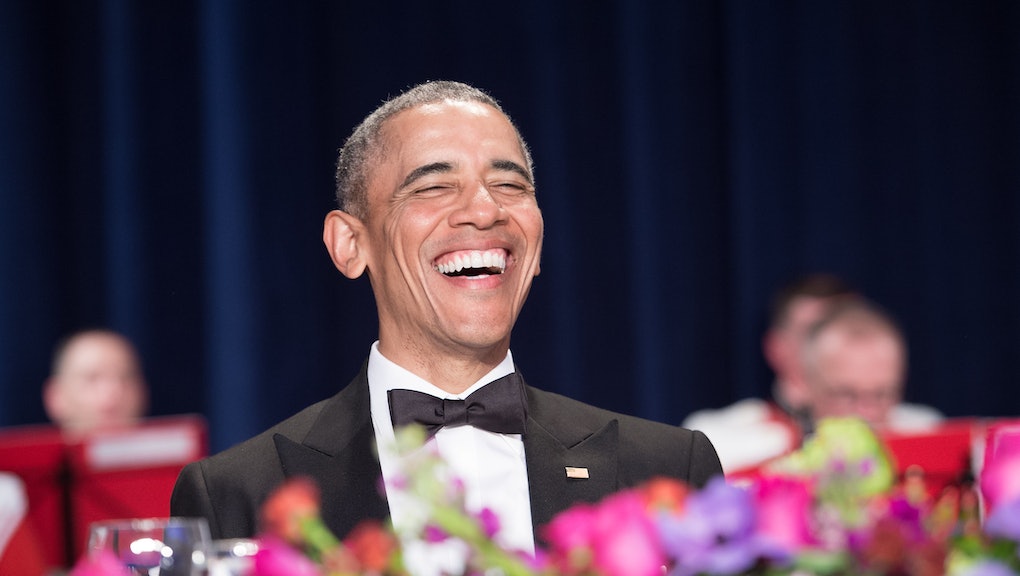 What is the White House correspondents' dinner? This is how "nerd prom" got started.

On Saturday, April 29, politicians, the media and Hollywood elite will all intermingle at the White House Correspondents Association' dinner, aka "nerd prom," hosted by the White House Correspondents' Association. Proceeds from ticket sales will go toward scholarships and awards that recognize aspiring and accomplished journalists. But even this good deed can't help the event shake its controversies. Keep reading to learn more about the annual party that will surely be making waves again this year.

How it got started

The first dinner was held on Saturday, May 7, 1921 at the Arlington Hotel, according to the WHCA, and there were just 50 men in attendance. The event was held 64 days after the inauguration of President Warren Harding, a former newspaper publisher, who the press saw as one of their own. However, Harding never attended the festivities while in office. The first president to attend a dinner was President Calvin Coolidge, in 1924. Since then, every president has attended the event at least once during his term in office.

The event has only been cancelled three times in its nearly 100-year history, according to ABC.

Who attends the dinner

Tickets to the White House correspondents' dinner are only made available to WHCA members and their organizations. To qualify for membership, according to the WHCA, an applicant must work in news, with their primary focus being the White House.

Additionally, the WHCA can bestow honorary membership to any person who has "distinguished himself or herself in public life, in the field of journalism, or who has rendered outstanding service to the association."

While celebrities performed at the dinner for years, it wasn't until 1987 that the event became well-known for its star-studded appearances. As the Boston Globe reported:

A writer for the Baltimore Sun, Michael Kelly, invited Fawn Hall, the secretary for Oliver North, the former Marine Corps lieutenant colonel, to the party. Hall, considered glamorous, and North were integral figures in the Iran-Contra affair. This helped spur the tradition of news organizations' inviting celebrities to the dinner as 'dates,' for lack of a better term. And the appeal for A-listers only increased when Vanity Fair, in the early '90s, started hosting an annual after-party geared toward celebrities.

In the early days of the event, ABC reported, the evening's entertainment only consisted of musical performances, movies and variety shows. But, in 1983, comedian Mark Russell headlined the night and, from there, comedy became the entertainment cornerstone of the dinner.

In early April, the WHCA announced that Hasan Minhaj, senior correspondent on Comedy Central's the Daily Show, will be the main entertainment.

"I am thrilled that Hasan will serve as our featured entertainer at this year's White House correspondents' dinner," Jeff Mason, WHCA president and White House correspondent for Reuters said in a statement. "Hasan's smarts, big heart and passion for press freedom make him the perfect fit for our event, which will be focused on the First Amendment and the importance of a robust and independent media."

For his part, Minhaj said, "It is a tremendous honor to be a part of such a historic event even though the president has chosen not to attend this year. Sad! Now more than ever, it is vital that we honor the First Amendment and the freedom of the press."

Criticism of the event

The White House correspondents' dinner has been marred with controversy from the very beginning. People of color were banned from the event until the 1950s, according to ABC, and women weren't allowed to attend until Helen Thomas, the first female White House reporter, threatened a boycott in 1962. Eventually, President John F. Kennedy agreed. Now, however, it's who is invited, rather than who isn't, that causes the most outrage.

"The breaking point for me was Lindsay Lohan," famed journalist Tom Brokaw told Politico in 2013. "She became a big star at the White House correspondents' dinner. Give me a break."

One week after the 2012 dinner, Brokaw said on Meet the Press that it was "time to rethink" the event since it "separates the press from the people that they're supposed to serve, symbolically."

This is one of the issues that we have to address. What kind of image do we present to the rest of the country? Are we doing their business, or are we just a group of narcissists who are mostly interested in elevating our own profiles? And what comes through the screen on C-SPAN that night is the latter, and not the former.

So what's the deal with Trump?

President Donald Trump announced in February that he would not be attending the dinner, marking the first time in more than three decades that a president skipped out on the event. The last president to miss the event was Ronald Reagan in 1981, but as NPR noted, he had a pressing reason — he was recovering from being shot in an assassination attempt.

Instead, the president will spend the evening in Pennsylvania where he is scheduled to hold a rally, for no particular reason, at Harrisburg's Pennsylvania Farm Show Complex and Expo Center.

But even without Trump, celebrities and honored guests are still hesitant to attend. "There will be minimal celebrities in that room," a Washington media executive told the Hollywood Reporter. "It's going to be difficult to get any talent to be there."