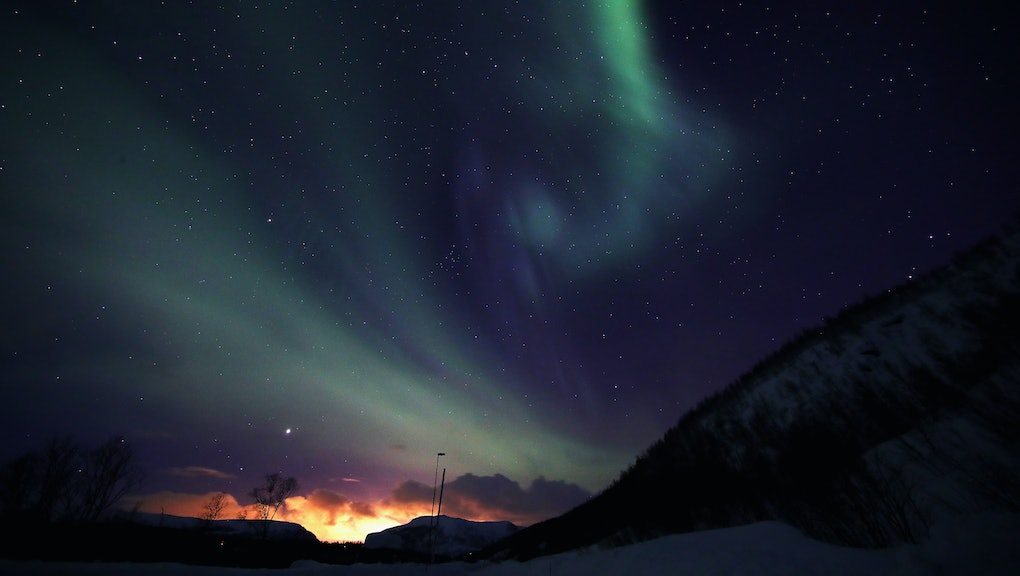 The search for alien life just got a new burst of hope.

On April 20, Breakthrough Initiatives, a nonprofit dedicated to the search for extraterrestrial life, announced it found 11 "significant" signals coming from outer space as part of its 10-year, $100 million program known as Breakthrough Listen.

Listen's objective is to survey the 1,000,000 closest stars and 100 closest galaxies. As it describes on its site, "It is by far the most comprehensive, intensive and sensitive search ever undertaken for artificial radio and optical signals."

For the last year, Listen has gathered data using several different technologies including the Green Bank Radio Telescope in West Virginia, and the Lick Observatory's Automated Planet Finder on Mt. Hamilton in California, Business Insider reported. The data was then analyzed by a team at the Berkeley SETI Research Center. As the researchers note, these tools are incredibly powerful. "They are 50 times more sensitive than existing telescopes dedicated to the search for extra-terrestrial life," Breakthrough Listen explained on its site adding, "These spectroscopic searches are 1,000 times more effective at finding laser signals than ordinary visible light surveys. They could detect a 100 watt laser (the energy of a normal household bulb) from 25 trillion miles away."

In its newly published report, the researchers explained they were able to observe signals by comparing "L-band" receiver data in the range between 1.1 and 1.9 GHz. At these frequencies, Universe Today reported, artificial signals can be distinguished from natural sources.

In total, the researchers conducted three five-minutes observation periods for 692 different stars, and also conducted five-minute observations on a secondary target as a control. "We analyzed 4,798 files, representing 400 [hours] of observations," the team noted in its findings.

"With the submission of this paper, the first scientific results from Breakthrough Listen are now available for the world to review," Andrew Siemion, the Director of the BSRC, explained in press release provided to Business Insider. "Although the search has not yet detected a convincing signal from extraterrestrial intelligence, these are early days. The work that has been completed so far provides a launch pad for deeper and more comprehensive analysis to come."

The team plans to use what it learned from this relatively small sample size of planets to assist its future research over the next nine years. The scientists added in their conclusion, "Observations of hundreds of galaxies could potentially provide estimates for the most advanced civilizations in the local universe."