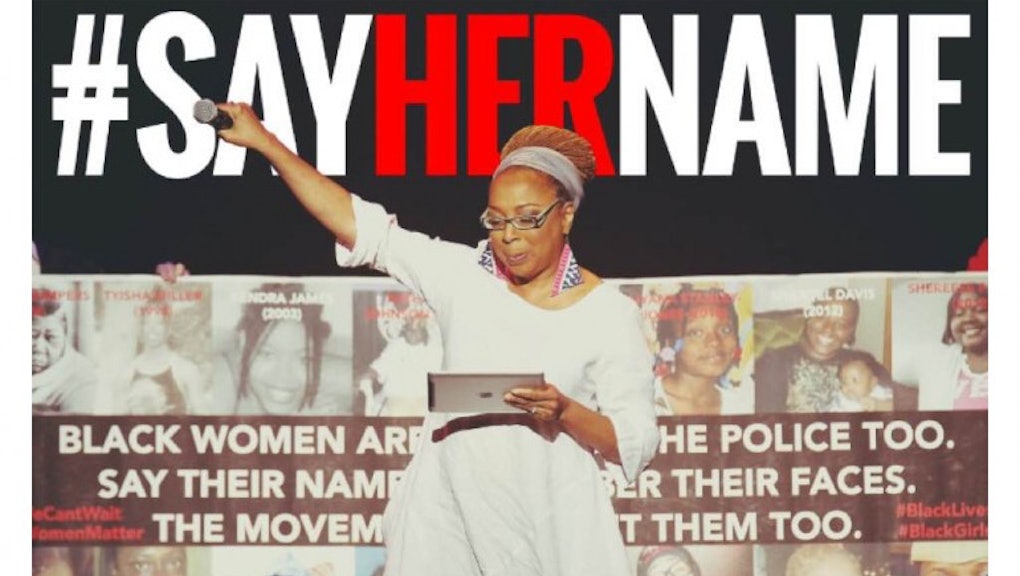 One black woman's powerful case against the subtle sexism of #SayHisName

Jordan Edwards is the latest name to be added to a long list of black people who've been killed by police.

Edwards was only 15. His death sparked familiar outrage and calls to action. But there's also been a push by black feminists to call attention to how problematic it is to use the hashtag #SayHisName in place of #SayHerName on social media — a hashtag that became popular specifically to call attention to the media erasure of black women who are also victims of police violence in the United States.

The #SayHerName hashtag went viral in the aftermath of Sandra Bland's 2015 death in a Texas jail cell. Its meaning was simple: In a political moment in which extrajudicial violence against black communities was becoming front page news, it was important to tell the stories of black women, whose deaths were often overlooked by media and the social movements they covered.

On Twitter, Chihiro Ogino made the case against using #SayHisName, noting that while it's important to respect black men who die at the hands of police, that specific hashtag isn't the way to do it.

The erasure of black women from discussions of police brutality isn't new. But the hashtag serves as a reminder that ending police violence won't happen without first addressing sexism, according to experts.

"In order to comprehend the root causes and full scope of state violence against black communities, we must consider and illuminate all the ways in which black people in the U.S. are routinely targeted for state violence," researchers of the 2015 #SayHerName report wrote. "Acknowledging and analyzing the connections between anti-black violence against black men, women, transgender, and gender-nonconforming people reveals systemic realities that go unnoticed when the focus is limited exclusively to cases involving black non-transgender men."

We can remember Jordan Edwards without erasing the experiences of black women. After all, the fight for systemic change will require all of us.