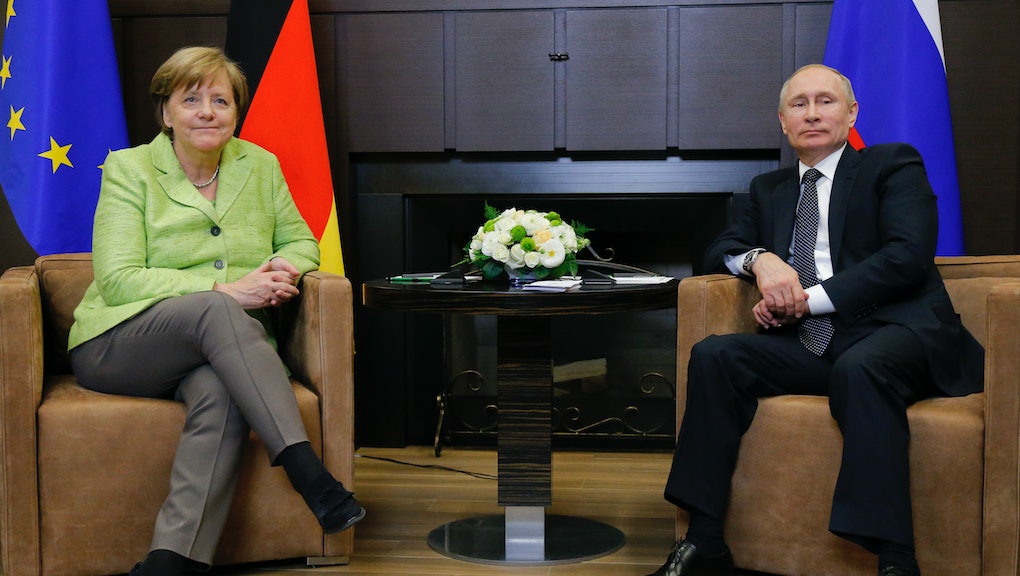 In her first visit to Russia since 2015, German Chancellor Angela Merkel asked Russian President Vladimir Putin to use his influence to curb the alleged state-sanctioned murder of LGBTQ people in Russia.

While the full extent of what happens to LGBTQ people in Chechnya is largely unknown, Russia is, generally speaking, hostile toward its LGBTQ population. In 2013, the country passed "gay propaganda laws" subjecting those who promote "nontraditional relations" to fines of up to 100,000 rubles — or $1,750.

In Chechnya — an autonomous, Muslim-majority republic within Russia — things are even worse. According to the New York Times, a blockbuster report in the Russian opposition newspaper Novaya Gazeta found that gay men in the region are routinely rounded up by police and placed in secret detention sites. Others are killed.

But human rights groups and world governments say the purge is real.

Sir Alan Duncan, a British member of parliament, said that at least four gay men have been killed and hundreds have been imprisoned. Duncan also said said Kadyrov plans to "eliminate" Chechnya's gay community by the start of Ramadan — May 26.