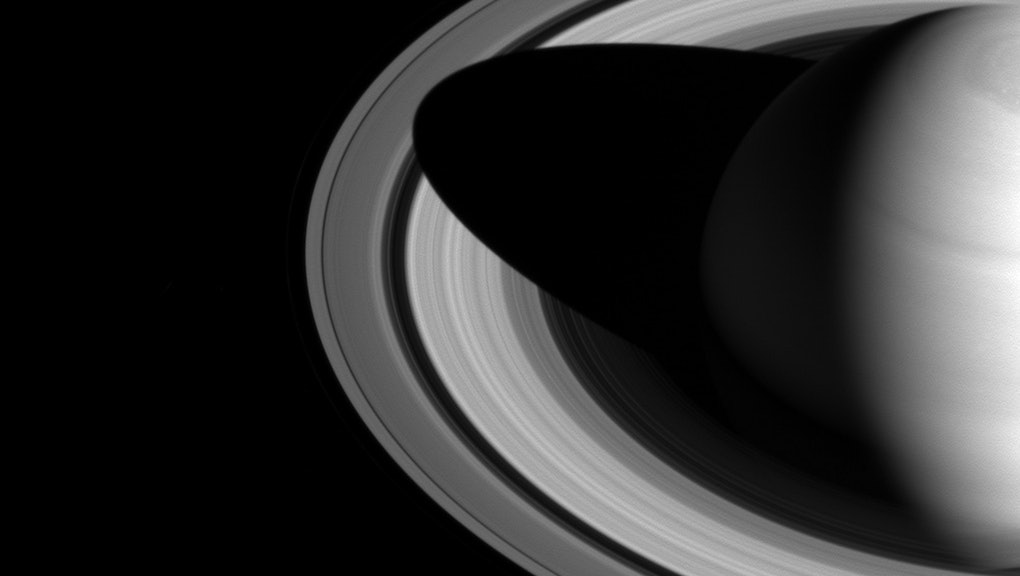 NASA's Cassini spacecraft has been extremely busy these last few months during its mission to document the sights and sounds of Saturn.

Although the Cassini spacecraft launched on Oct. 15, 1997, and arrived in the Saturn system in July 1, 2004, it only started making waves in April of this year after it not only captured these stunning images of Earth between Saturn's rings, but also found that life might be able to thrive on one of the planet's moons.

Now, NASA is giving us all chills once again by sharing what Saturn actually sounds like.

In a newly released audio recording, Cassini captured the creepy sounds of the space between the planet's famous rings.

However, what you're hearing in this recording isn't exactly "sound." As the New York Times explained, there is no air in space, thus no vibrating air molecules to project sound waves. Instead, you can hear radio waves, which were converted to audio files by William S. Kurth, a research scientist at the University of Iowa and principal investigator for Cassini's radio and plasma science instrument.

"The region between the rings and Saturn is 'the big empty,' apparently," Cassini project manager Earl Maize of NASA's Jet Propulsion Laboratory, said in a press release. "Cassini will stay the course, while the scientists work on the mystery of why the dust level is much lower than expected."

Cassini, the New York Times added, was traveling at more than 70,000 miles per hour as it passed within 2,000 miles of the cloud tops during this recording. Had it hit any space debris or dust particles it could have spelled doom for the 20-year-old space probe. And while chances were slim that any major collisions would occur, the team avoided sending Cassini to this region until it neared the end of its mission to avoid disaster.

To understand just how smooth this recording was, listen to the more heart-stopping sounds Cassini sent back after it passed through one of Saturn's rings in December 2016 and hit hundreds of dust particles per second.

Cassini's mission will come to a close on Sept. 14, 2017, when it dives into Saturn's atmosphere.