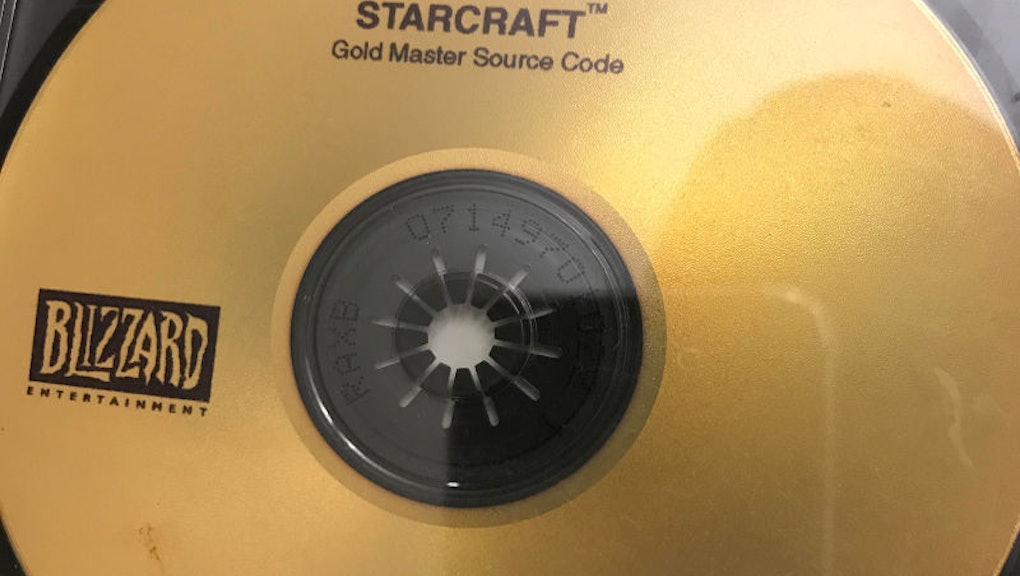 'StarCraft' Source Code: What an honest gamer got for returning a gold master disc

If you stumbled upon a gold master source code disc, what would you do? What about one belonging to Blizzard, containing the important code from StarCraft? If you're like Reddit user Khemist49, you send it back to Blizzard so it can find a loving home, and then you're rewarded handsomely.

This very thing actually happened, as relayed via Kotaku. And Blizzard's response is one of the best that particular Redditor could have hoped for.

Khemist49 had originally bought a "box of Blizzard stuff" via eBay, which he likely assumed was normal bric-a-brac associated with the brand. Instead, he was met with a curious disc: a regular, gold-colored CD-R with the words "StarCraft Gold Master Source Code" emblazoned on the front. This sent off warning bells for Khemist49, who posted about the curio on Reddit after making the find.

Eager fans goaded Khemist49 to rip the contents of the CD and make them publicly available. They weren't happy that Khemist49's first move wasn't to post the possible secretive information proprietary to Blizzard online.

After spending a few days deciding what to do next, Khemist49 was contacted by Blizzard's legal team. He was asked to return the disc with the advisement that it contained "intellectual property and trade secrets."

This kind of demand could send shivers down any Blizzard fan's spine, so Khemist49 decided to send the disc back. He was thanked with a copy of Overwatch and $250 in Blizzard store credit, which he wrote off as the end of the interaction.

The free games from Blizzard were only the beginning. Khemist49 received a phone call from a Blizzard employee with some great news. As it turned out, said employee wanted to invite him on an all-expenses-paid trip to BlizzCon, where the team would take him out for drinks. He also received a box chock-full of Blizzard goodies for his trouble.

Stay honest, because you never know how things are going to work out for you!