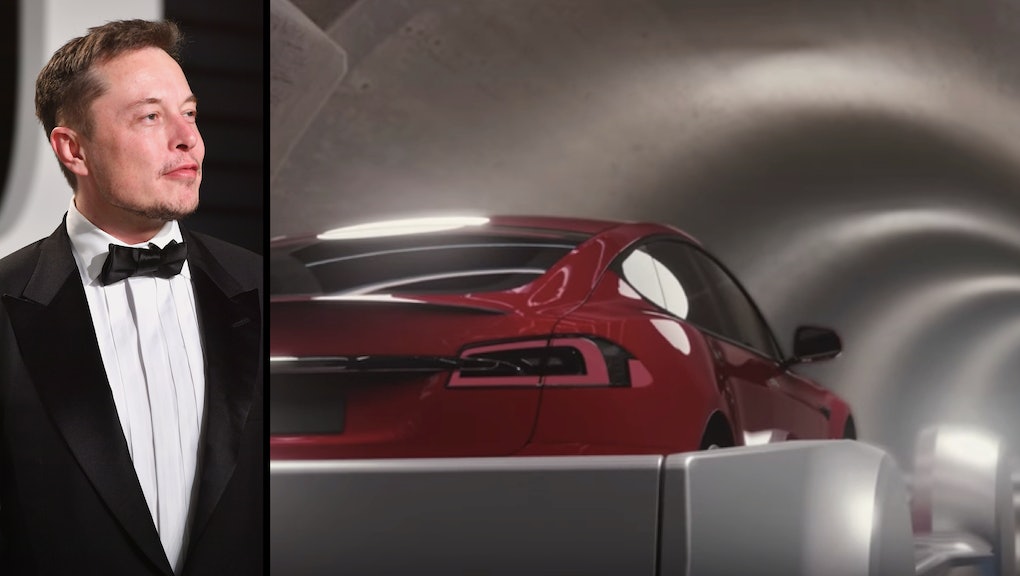 Elon Musk is drumming up excitement about his tunnel-digging company. It's a company that plans to dig underground tunnels for cars to drive through. But is America's transportation so dismal just because we can't dig holes?

Musk threw around a few names for his new, high-tech tunnel-boring machine on Twitter Thursday night, and the list included the whimsical "Snoop Dug."

He's basically creating a giant tube that turns dirt and builds subway tunnels underground — an idea he first announced on Twitter in December after getting agitated over Los Angeles traffic.

In January, Musk showed that he was serious when he deployed a test dig at SpaceX's Los Angeles headquarters.

"We're just going to figure out what it takes to improve tunneling speed by, I think, somewhere between 500% and 1,000%," he said that same weekend, during a design competition at SpaceX. "We have no idea what we're doing — I want to be clear about that."

Critics would agree. Though the capacity to build tunnels faster and for less money is no doubt a victory for construction, Los Angeles and other American cities don't just lack reliable public transportation because they can't move dirt. Such urban planning requires navigating an incredible amount of bureaucracy, funding and political cooperation, plus it may demand near-perfect alignment with the city's already existing infrastructure. Even with a fancy hole-digger, it takes time to jump through each of those hoops.

"The problem is not lack of technology, or even lack of capital resource. I mean, we could have flying cars, we could dig underground — all of that is irrelevant, really," Roger Valdez, Director of Smart Growth Seattle and a land-use expert, said in an interview. "The problem is getting collective officials and politicians to do the thing that is most efficient."

These type of construction projects are often bogged down by bureaucratic culture on top of the actual logistics of funding and construction. Extending Los Angeles' Purple Line is just one contemporary example: Voters first approved the subway extension in 2008, but the first phase of construction didn't start until 2014. A few lawsuits against the construction project may have slowed things down, and ultimately, the whole project is set to be done by 2035 at the latest — all for a stretch of subway stops that covers less than 10 miles. That's more than 20 years since the start of construction.

In New York, the Second Avenue Subway was first mentioned in 1920, but construction began in 2007. It has finally opened 10 years later, but several phases of construction are left. As Nick Paumgarten eloquently put it in the New Yorker, "The line's notorious state of non-fruition had made it a perennial punchline, a home-town Godot, shorthand for decades of public-works failure."

Compare that to Beijing, where at least 198 miles of subway track was built between 2001 and 2012, according to a 2012 article in Salon. To be fair, the city was racing the clock for the 2008 Olympics (Los Angeles may speed up construction to potentially host the Olympic Games in 2024). Beijing also has 11 million passengers to serve every day, according to China Daily.

"It's purely the way we've institutionalized democratic interaction. The only way you can do this is if the government grants someone tremendous power ... but [that's] seen as anti-democratic, right?" he said. "I think [Musk] is a genius obviously, and he has a lot of money, but he should really save it for something else."