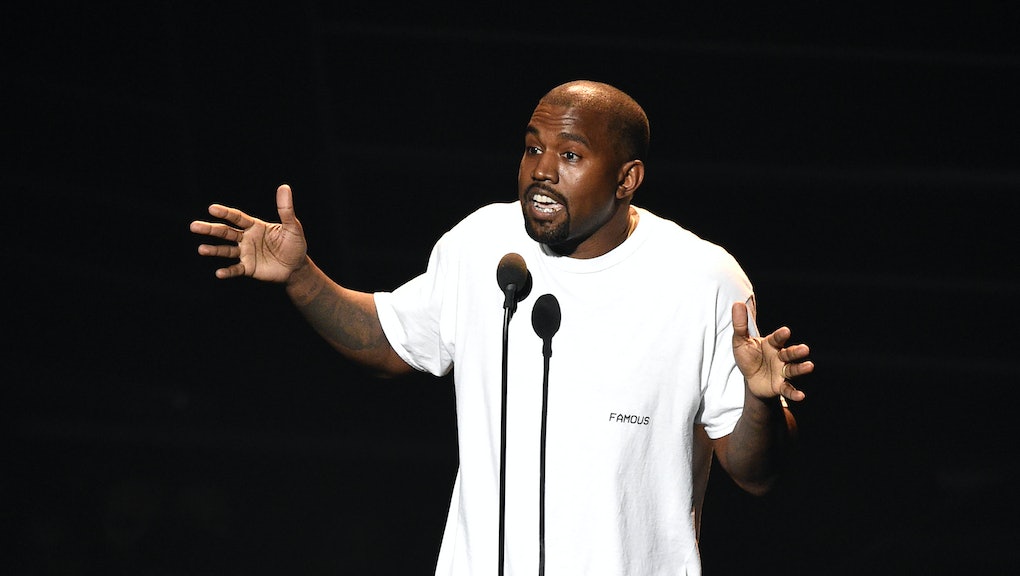 On Friday, Kanye West mysteriously deleted both his Instagram and Twitter accounts in one fell swoop, leaving everyone to wonder: Just where is the famous rapper?

As CNET reported, this isn't the first time West has deleted his social feed. In 2012, the singer deleted nearly his entire Twitter stream, leaving just one tweet behind that read, "BE BACK SOON." He deleted his entire feed again in 2013, just before the release of Yeezus.

In February, as Mic reported, while not deleting his entire feed, West did purge any mention of President Donald Trump. Friday marks the first time West has deactivated his Instagram account, Pitchfork reported, though he only joined the photo-sharing social platform in September.

However, as USA Today reported, West's third attempt at deleting his internet presence comes with a bit of odd timing, as Friday also marks the launch of his collaborative children's clothing line, Kids Supply, with his wife, Kim Kardashian West. Kardashian West's accounts remain and alive and well. On Friday, the reality star shared a snap of what appeared to be her daughter wearing a jacket from her parent's new line.

She additionally tweeted an image of the clothing line's new site, but has yet to mention her husband's social whereabouts.

If you absolutely, positively cannot live without your Kanye West social media fix, check out Mic's 2016 compilation of his bizarre Twitter feuds, meltdowns and antics.