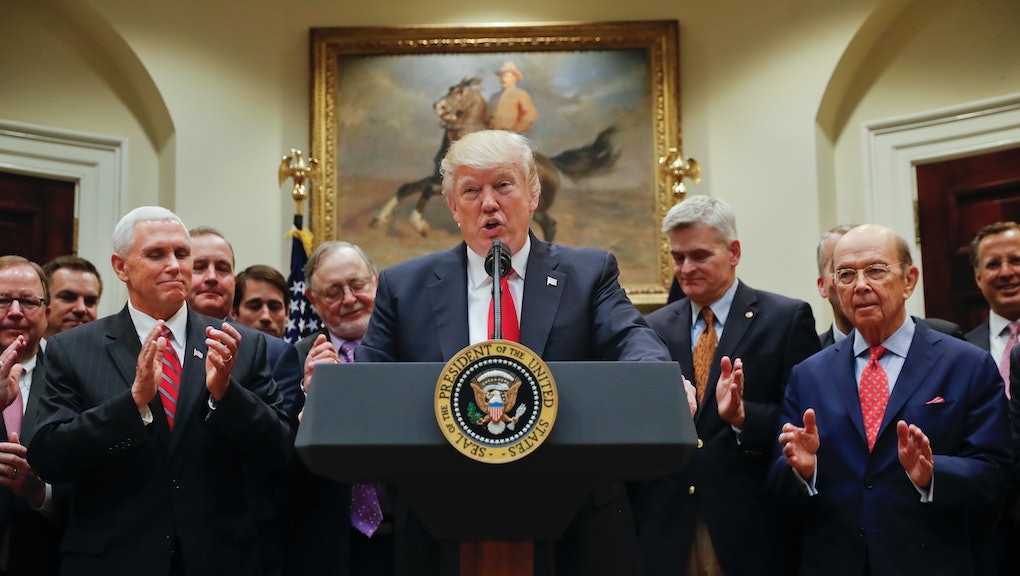 Over the weekend, the Interior Department informed current members of more than 200 science advisory boards, committees and subcommittees that their work was now on hold, the Washington Post reported.

In a memo, according to CNN, members of committees learned that the department was instating the freeze so it could review "the charter and charge of each committee."

Interior spokeswoman Heather Swift told the Washington Post via email that Interior Secretary Ryan Zinke remains committed to "restoring trust in the Department's decision-making," and that restoration, Swift explained, begins with allowing more input on local land initiatives. "As the Department concludes its review in the weeks ahead, agencies will notice future meetings to ensure that the Department continues to get the benefit of the views of local communities in all decision-making on public land management," Swift added.

However, Greg Zimmerman, deputy director of the nonpartisan advocacy group Center for Western Priorities, told the Washington Post he believes something more nefarious may be going on, saying that the freeze "just doesn't make any sense, they would be canceling meetings as they do this analysis... The only reasonable explanation is they don't want to be hearing from these folks."

The news of the freeze came on the heels of another environmental shakeup, this time at the Environmental Protection Agency. As Mic reported on Monday, EPA Administrator Scott Pruitt fired five scientists from the Board of Scientific Counselors and could possibly attempt to replace them with people who work in the very industries the EPA is tasked with regulating.

EPA spokesman J.P. Freire told the New York Times the decision was an attempt by Pruitt to "have people on this board who understand the impact of regulations on the regulated community."

However, an Interior official told CNN that the halt on advisory boards was "very different" from the EPA dismissals. "We haven't dismissed anyone," the spokesperson said. "We have postponed meetings and work for these advisory boards so the secretary can assess whether they are achieving their purpose."

The scientists' meetings are postponed until September at the earliest, according to CNN.