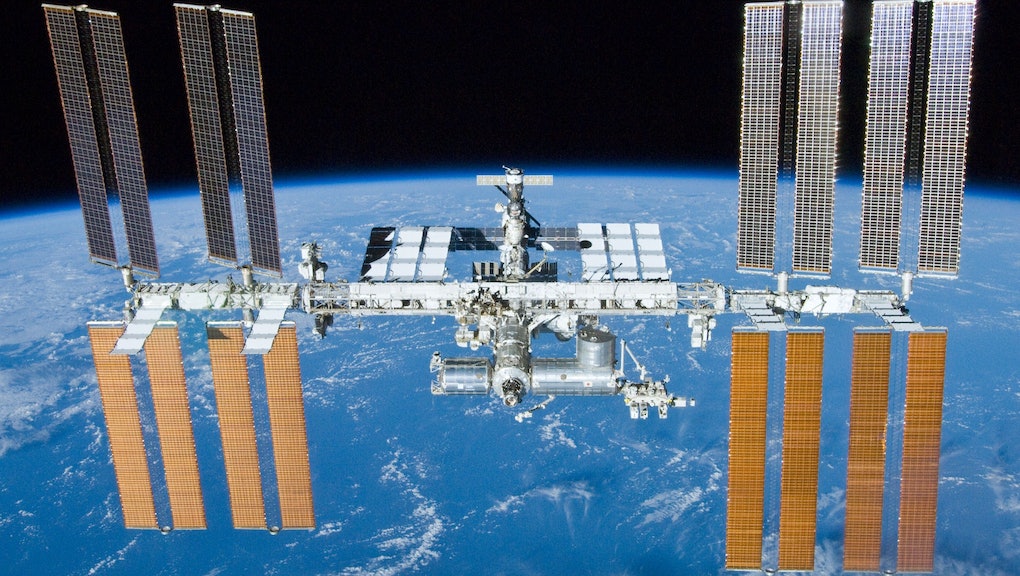 If NASA wants to reach its goal of sending humans to Mars by 2033, it better forget about the International Space Station, a five-bedroom, astronaut-occupied spacecraft that’s been orbiting the Earth since 1998. Or, at least, that’s what Buzz Aldrin — one of the first Apollo 11 astronauts to step onto the moon in 1969 — suggested at the Humans to Mars conference in Washington on Tuesday.

“We must retire the ISS as soon as possible,” Aldrin reportedly said at the conference. “We simply cannot afford $3.5 billion a year at that cost.”

The 2033 goal for a human mission to Mars was endorsed by a bill President Donald Trump signed in March, which authorized a hefty $19.5 billion of funding to the space exploration project. It’s not clear whether or not humans would land on Mars or just orbit around it, but either way, Aldrin implied that cutting costs by working with partners in the private sector is critical to the mission. NASA has already worked with private industries in the past, mostly to move astronauts and supplies to and from ISS, Space.com reported. It’s not clear whether or not NASA will heed Aldrin’s advice.

What is the ISS?

ISS is a gigantic space station meant for living and working, built as a collective effort from several countries including the United States, Russia and Japan. In total, it weighs close to one million pounds and has several science labs, bedrooms, two bathrooms and a gymnasium, according to NASA’s website. It’s meant for up to six people, and although the station was only finished around 2011, humans started inhabiting it in 2000, two years after its 1998 launch.

As of 2010, the ISS has cost $100 billion to build between all the countries that chipped in, and U.S. taxpayers ultimately paid around $50 billion for it, according to Space.com.

It’s unclear if NASA will follow Aldrin’s suggestion and abandon ISS, but the Obama administration had previously declared that they planned to keep operations going — in 2014, they extended operations from 2020 to 2024. Under the Trump Administration, it’s obvious that the mission to Mars is a priority — yet other research may not be. In the same month that he signed over $19.5 billion to explore Mars, Trump also proposed a 2018 budget that’s drastically different from previous ones. Though it’s roughly the same funding in total, the proposal includes cuts to Earth sciences and other programs, plus a total elimination of NASA’s education program for students of all ages.

ISS is likely unscathed — NASA has stated on its website that “[its] path for the human exploration of Mars begins in low-Earth orbit aboard the International Space Station.” Plus, the budget proposal seems to reflect an administration that’s mostly against studying climate change from space, not space exploration itself. But the proposal is still up for negotiation with Congress, which means that nothing is finalized yet.

Why are we even trying to go to Mars?

The mission to Mars is basically rooted in curiosity. Mars is “a rich destination for scientific discovery and robotic and human exploration,” NASA’s website says. Plus, the environmental conditions on Mars are somewhat like ancient Earth, which could create inroads to how we humans understand our own planet.

Then, of course, there's the search for martian life — though it's more likely to be microorganisms than big-headed aliens from sci-fi films. A recent study of rocks found in western Australia, for example, underscored a growing theory that life on earth originated billions of years ago in hot springs. The scientists behind it think that it could lead to similar discoveries of life on Mars, where hot-spring-like formations exist.

"If you're going to look for life on Mars, we know it was preserved on hot springs here on the ancient earth," Tara Djokic, a scientist at the University of New South Wales, told NPR. "So there's a good chance if it ever developed on Mars, then it would probably be preserved in hot springs there, too."

And although not everyone wants to create a human colony on Mars like Buzz Aldrin does, at the the mission to Mars is a quest to answer very basic questions about humanity: Who are we, and where do we belong in this universe?

We’ll see if we’re on the path to answering those questions in 2033.