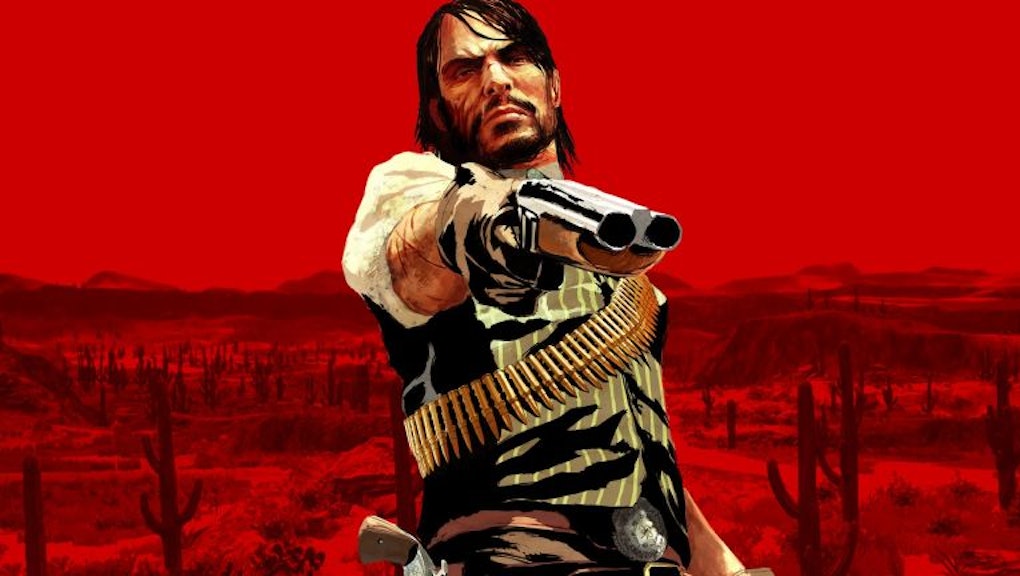 It's leak season for Red Dead Redemption 2, and everyone's eager to unearth any bit of information there could possibly be regarding the upcoming sequel to the popular Western sandbox title.

Most recently, a user on GTAforums (via VG247) has posted an image they claim to be a leak from Red Dead Redemption 2. Fans aren't quite sure what to believe, especially since the photo appears to be an off-screen shot.

The photo looks believable enough, but the person who leaked it dropped it in the forums without saying anything else and then skipped town — just like an outlaw would do. Forum users are pretty skeptical of the photo's legitimacy, especially because of its coloring and the lack of communication from the leaker.

If the photo is real, it could be our first real look at what Red Dead Redemption 2 will hold aside from the original teaser trailer we saw detailing the game. It looks like a possible early build at that, with an unfinished, sort of rough look. Still, it's a start.

Previously, Red Dead Redemption 2 was a hot topic for discussion when fans zeroed in on who they thought may possibly be contributing to the upcoming game's soundtrack, but the buzz around that finding has yet to be confirmed as fact.

This possible leak is one more tasty morsel to hold us over until Rockstar sees fit to let loose with another chunk of information, whenever that may be. With E3 2017 right around the corner, hopefully that's in the next month or so.