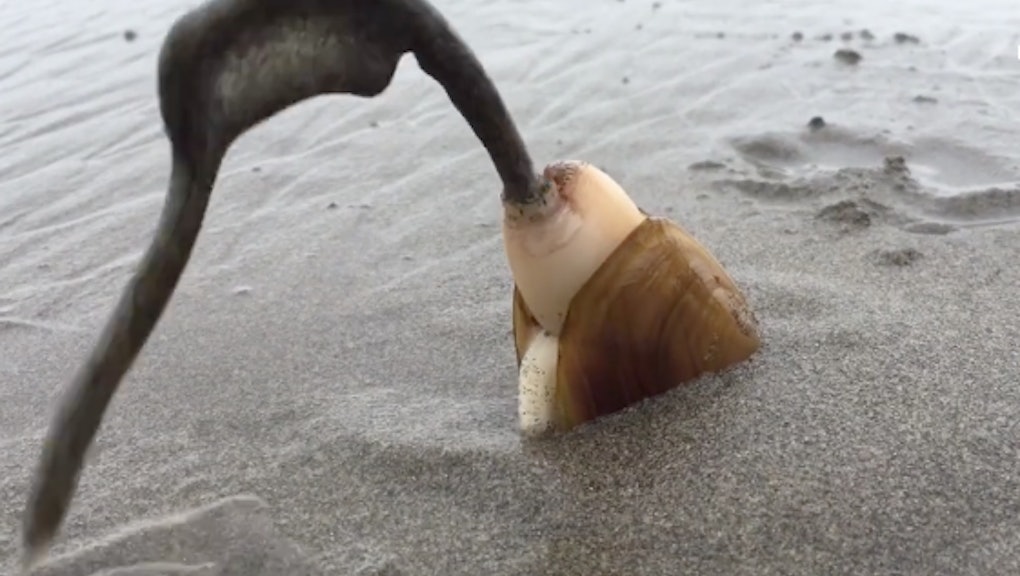 Clams. You've probably eaten them baked, finished with oregano and grated parmesan cheese. If you're a little braver than that, you've eaten them raw, on the half-shell. And if you have absolutely no sense of right and wrong, you've had them in Manhattan Clam Chowder.

But there's one way you likely haven't experienced a clam: completely alive, hanging out at an Oregon beach in April.

As of Thursday afternoon, the above clam video — posted to Facebook by The Weather Channel — had amassed over 4 million views, and it's not difficult to understand why, once you've seen it.

The Weather Channel's 37-second masterpiece opens on a clam writhing on a beach in North Oregon.

Next, it begins its effort to furiously burrow its way into the sand.

It's impossible to look away as the clam slowly but surely attempts to bury its entire clam body into the sand. And just when it's finally accomplished its Herculean task and you're ready to breathe a sigh of relief... then comes the shocking ending.

The Weather Channel's commenters were shook.

As of Thursday afternoon, Nature remains at large. She is considered by police to be armed and disgusting.