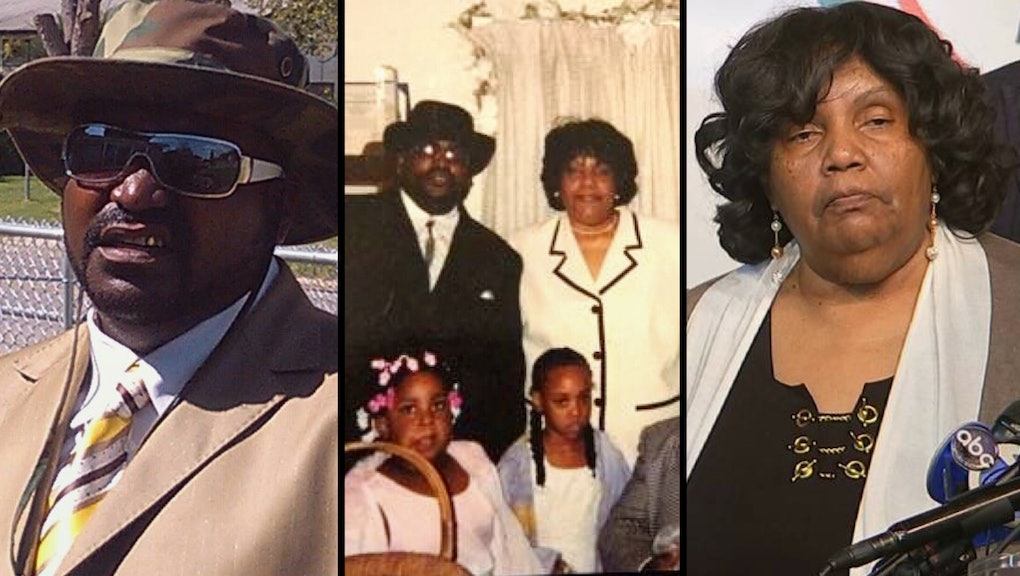 Terence Crutcher's mom: "Love your children while they're here with you"

On Mother's Day, Terence Crutcher should be in Tulsa, Oklahoma, sharing a meal with his mother or playing a special song that he recorded for her, as his mom says he's done almost annually on that holiday. But Leanna Crutcher won't be showered with Terence's love this year, for the first time in decades, because a Tulsa police officer took his life in September.

"It hurts so very, so very bad," Leanna, 63, told Mic in an exclusive interview. "Terence was always there, having something special for me, for Mother's Day."

Even after the loss of a child, the job of a mother isn't necessarily over, Leanna said. Her mission now is to see that justice is served. Betty Shelby, the Tulsa police officer who fatally shot Terence on Sept. 16, began trial for manslaughter on Monday.

To moms who still have their children on Mother's Day, and every other day, Leanna hopes to send one clear message.

"I would say that you have to love your children while they're here with you, in every sense of the word," Leanna said in the interview. "Just love your child and who they are, and not necessarily who you want them to be."

Terence and his twin, Tiffany, were born to Leanna and Joey Crutcher on Aug. 16, 1976. The Crutchers had a third child, Joey Jr., who died from cancer two years before Terence was killed.

At 40, Terence aspired to be a gospel singer, Tiffany recently told Mic. He had been leaving a music appreciation class at Tulsa Community College on the evening he encountered Shelby. The officer happened upon Terence's SUV, which had become stranded in the middle of a north Tulsa road. Video footage taken from a dash cam, and from a police helicopter, show the moment Shelby and other officers encountered Terence.

He is seen walking toward his vehicle with his hands raised, moments before one officer stuns him with a stun gun. Seconds later, Shelby shoots Terence in the chest. She said she pleaded with Terence to freeze and feared that he was going for a gun in his vehicle. She also described Terence as "zombie-like" because he was allegedly unresponsive to her repeatedly shouted commands.

Shelby's description of Terence as some inhuman menace are not how his family knew him. Leanna remembers Terence as a kind soul who loved it when she cooked his favorite meal: pork chops, mashed potatoes, cabbage and cornbread. And he'd often invite his friends over to share in that meal.

"He was my compassionate child," Leanne said. "He always was looking out for everyone that had a need, and trying to help them meet the need. That's just who Terence was."

Terence, a father of four children, had reportedly struggled with drug addiction. On multiple occasions, police officers had used force in attempts to arrest Terence. He served four years in prison on a drug-related conviction, from 2007 to 2011.

None of this was known to Shelby on the day she fatally shot and killed him. From a police helicopter, one Tulsa officer is heard uttering over the radio that Terence "looks like a bad dude." Leanna said she continues to struggle with the "why" of Shelby's actions.

During a 60 Minutes interview in April, Shelby tearfully said she hadn't intended for anyone to die. "I have sorrow that this happened that this man lost his life, but he caused the situation to occur," Shelby said. "So in the end, he caused his own [death]."

As the number of black men and women killed in police encounters has grown in the past four years — fueling the Black Lives Matter protest movement — so has the sorority of women celebrating holidays without their children. The Mothers of the Movement, an advocacy group that includes the mothers of Trayvon Martin, Eric Garner, Michael Brown and Sandra Bland, among others, has become a force within the civil rights community. But beyond being a force, Mother's Day is a searing reminder of their loss.

"I won't say I'm a Mother of the Movement — I'll say I'm a mother in the movement, willing to do whatever I can do with my [abilities]," Leanna said. "Whatever the need is, I am there."

For now, her focus is the trial. Shelby faces up to life in prison, if convicted of first-degree manslaughter. Leanna said she knows that a guilty verdict won't bring Terence back to her.

"Terence should still be with me on this Mother's Day. This should not have occurred at all," she said. "I just feel that, within my heart, that justice will prevail."