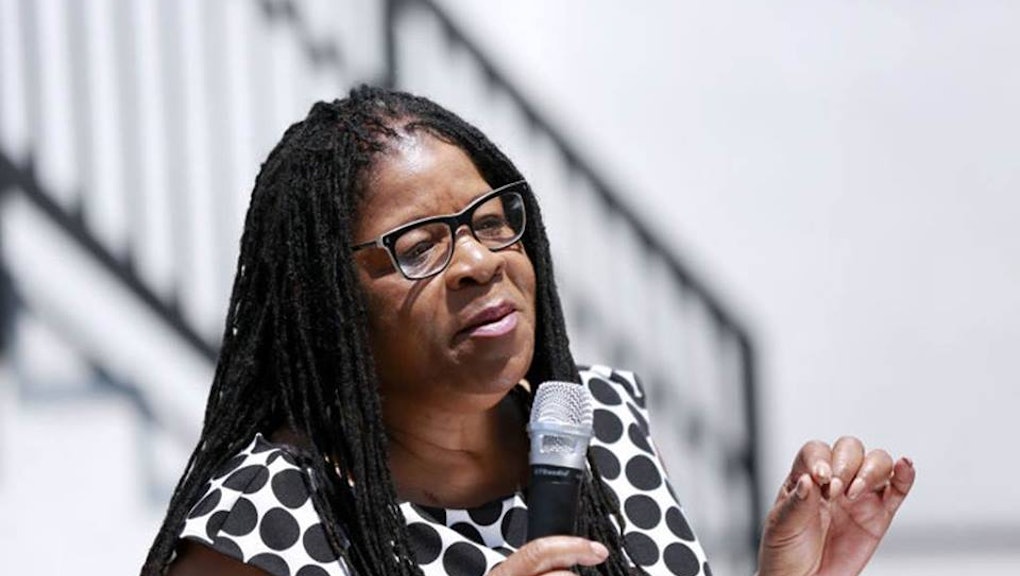 This Mother's Day, it's important to member that not all moms are allowed to parent.

In 2004 — the last year that exhaustive survey data on this was collected —  52% of women in state prison had a child under the age of 18. But with Attorney General Jeff Sessions' order Friday to reverse sweeping criminal justice reforms put into place by the Obama administration, that number could rise.

But if those numbers do rise, Susan Burton will be there to catch people when they fall. In a moving essay for the Nation, adapted from her new book Becoming Ms. Burton: From Prison to Recovery to Leading the Fight for Incarcerated Women, prison reform expert Michelle Alexander introduces Burton for readers who aren't familiar with the difficult re-entry into life after prison.

"I learned Susan had created several safe homes for formerly incarcerated women and that she was part of a small but growing movement for the restoration of basic civil and human rights for people who have spent time behind bars," Alexander wrote about getting to know about Burton's work.

In Los Angeles, Burton — who cycled in and out of the criminal justice system for years after her son was accidentally run over by an LAPD officer, the Nation essay explained — founded an organization called A New Way of Life, which provides housing and support services to people who've been recently released from prison. Many of those people are women, who often have to navigate a stifling bureaucracy in order to get their lives on track and keep their families together.

In 2014, there were more than 200,000 women locked up in America's jails and prisons. That's a steady increase from the early 1980s that's been driven mainly by drug sentencing laws, and one that's been fairly well-documented. This spike is partly responsible for 2.7 million kids having incarcerated parents in the U.S. as of 2015.

Burton is on the front lines with these women and their families, operating a network of "safe houses" to house women who can't find other places to live.

"These were not facilities or shelters or way stations or simply housing for people released from prison who need support services," Alexander wrote in the Nation. "These were homes. Loving homes."

They're also support systems that fill gaps the state leaves behind. Burton routinely goes to court to support women who are in danger of losing their parental rights because of their criminal convictions. In one instance, she spoke to Alexander about watching a mother permanently lose custody of her daughter.

"I've been down here all week at the courthouse, watching and waiting as these families are torn apart," Burton said to Alexander. "I see these women doing everything they can, and still their babies are taken away."

"How can we do this to people?" Burton added. "Does anyone really understand what's going on here? We're willing to spend countless dollars putting people who need help in cages, and then when they get out we say you can't have a job, and you can't have housing, and because you don't have either we're going to take your kids too. Sometimes I think I can't go on, that I just can't bear to watch this or do this anymore."

Luckily, she does continue, as do many others. This week, activists with Color of Change, Southerners on New Ground and the Movement for Black Lives raised more than $250,000 for what they're calling "National Mama's Bail Out Day." The fund is aimed at the 62% of black women who sit in America's jails simply because they're too poor to afford bail. It also underscores an important issue: that 44% of women in jail are black.

In total, the bail out fund will free at least 30 women in at least nine cities, according to organizers.

For Burton, the fight to keep black moms free and attached to their families is an everyday — and often thankless — struggle. But it's one to be immensely grateful for this Mother's Day.