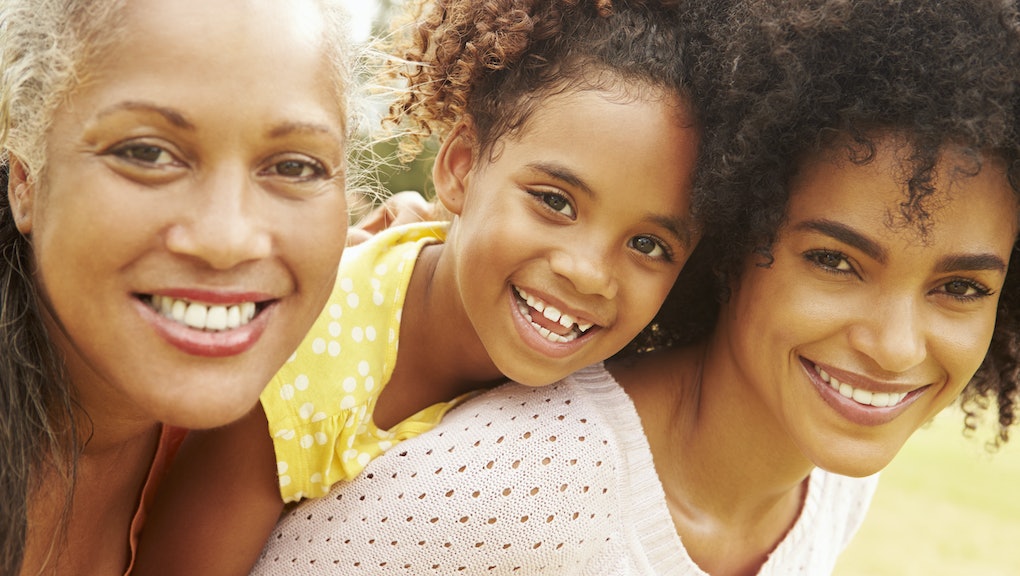 Mother’s Day is no doubt a reminder to appreciate our moms, who are often expected to make sacrifices for their children. And it's arguably those expectations that paved the way for the phrase “mommy brain” — when a mother’s brain is so mired by the responsibilities of parenting that it supposedly turns to mush.

The truth is, Mother’s Day honors women for the very same thing that the phrase “mommy brain” can sometimes blast them for. Yes, mothers are often stressed with trying to keep their children happy, healthy and safe, but that’s not necessarily biological fate, nor a weakness. Traditional gender roles often bestow these responsibilities on mothers to deal with alone, and science actually suggests that juggling them is quite frankly an art — something that re-arranges the architecture of the human brain for the better. “Mommy brain” is not, it turns out, a syndrome or a devastating biological trade-off. It’s a cognitive strength.

“It’s kind of an amazing story of neuroscience,” Henry W. Mahncke, a neuroscientist and the CEO of Posit Science in San Francisco, said in a phone interview. “The brain is not fogged or slowed down by being a mom. The brain is optimizing itself to take care of the baby.”

Mothers have to learn quickly, and that strengthens the brain

Learning is one of the best things we can do for the brain — it re-introduces plasticity (flexibility) to it, making our minds more resilient to serious conditions such as Alzheimer’s or Dementia, Mahncke said. When humans pick up new skills, they’re changing the connections in their neurons and reshaping how the brain works.

Motherhood is an extreme example of that. When a baby comes along, the mother’s brain “changes resources from things it used to work on to new areas — this new project of parenthood,” Mahncke said. That doesn’t mean that mothers forget everything they used to know. Instead, they’re exercising their mind in new ways.

“[The brain] is like play dough. As the play dough is kneaded by the experience of life, the brain literally physically and functionally changes itself to be good at whatever we need it to do,” he said. “A new mom’s brain re-organizes itself to use more processing power on keeping this baby alive and keeping it growing.”

“When someone learns to pay the violin, we know that the brain devotes more processing power. Literally more area in the brain becomes devoted to controlling and manipulating those fingers," he said.

The only difference is that most people don't ask a violinist or a cyclist why what they do is valuable to the brain, or why it's a meaningful skill.

The term “motherhood penalty" — coined by sociologists to explain disadvantages working mothers often experience — shows how widespread our society’s misunderstanding of mothers' brains can be. One 2007 study, for example, asked participants to read fake job applications. Resumes that listed “Parent-Teacher Association coordinator” as a hobby instead of “Fundraiser for neighbor association” were favored less overall, while working mothers' competence was rated 10% lower than equal non-mothering candidates.

Experiments from the same study also suggest that mothers were six times less likely to be recommended for hire than non-mothering women, and non-mothering women were about eight times more likely to be recommended for a promotion. Another report looked at several studies and concluded that working mothers face a 4% wage penalty on average for every child they have, and this penalty is larger for low-wage working moms (meanwhile, working moms with incomes in the top 10% didn't experience a wage penalty).

In reality, motherhood's changes to the brain aren’t inherently female; the benefits a mother’s brain reaps from parenting could be enjoyed by fathers, too. Though mothers do undergo hormonal changes while pregnant, “once a baby is born, it really just depends on what the person does,” Mahncke said.

A 1994 study examined how the experience of nurturing offspring affected the brains of mother rats. Skin-to-skin contact with the baby rats significantly reorganized the brain, suggesting that much of this rewiring occurs because of social interactions — not biology or hormones specific to females.

“The thing is, rat dads don’t spend a lot of time with their pups,” Mahncke said. “But modern dads who carry their babies around, feed them with bottles — all of that physical contact with the baby and all that directed attention for it will reorganize the dad’s brain, as well.”

The takeaway: We should appreciate our moms. No matter what era they're from, they've navigated sexist double standards and came out of like a champion with remarkable brains.