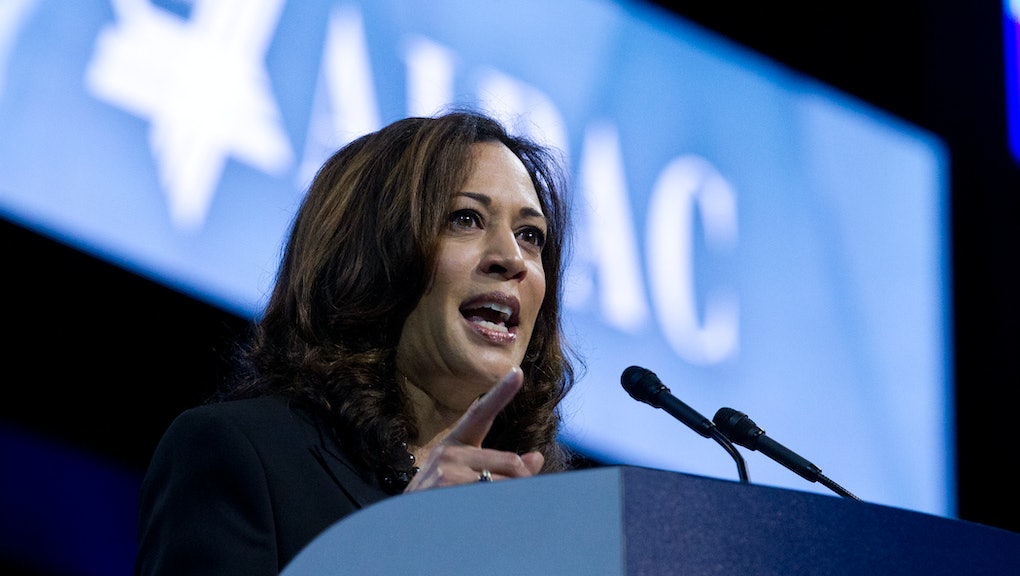 There's an obvious racist double standard in how America talks about drugs, and according to California Senator Kamala Harris, one need look no further than the crack epidemic of the 1980s and '90s and the opioid crisis of today.

On Tuesday, the freshman senator spoke carefully at the Center for American Progress' 2017 Ideas Conference about her time as a prosecutor in the Alameda County District Attorney's office and compared it to her present role; in 2016 Harris became the second black woman to be elected to the United States Senate.

"I'm starting my career as a United States Senator at the height of the opioid crisis," Harris told the crowd. "And folks, let me tell you: These crises have so much more in common than what separates them."

She then listed a series of headlines to illustrate the viciousness with which people addicted to crack — most of whom were characterized as black — were treated, versus the compassion with which opioid users, largely painted by the media as white, are discussed.

"As you can see, this is not a black and brown issue," she said. "This is not an urban and blue state issue. It has always been an American issue."

Harris stopped short of casting blame for the discrepancy in how both groups are treated, likely because she was trying to strike a middle balance and illustrate just how pointless the War on Drugs really was. But, she warned, Attorney General Jeff Sessions is threatened to roll back whatever little progress America has made in treating its drug-addicted citizens. And he's planning to do so by bringing back the very policies that have been proven to not work and are a "bad return on investment" for taxpayers, according to Harris.

Others have noticed the contradiction, as well — such as Yeshiva University legal scholar Ekow Yankah, who commented on the disparity in how society treats these two generations of drug-addicted Americans in a video essay published by PBS Newshour. "When addiction was a black problem, there was no wave of national compassion," Yankah said. "Instead, we were warned of 'super predators,' young, faceless black men wearing bandanas and sagging jeans."

For Harris, the task among progressives and conservatives alike is clear: "To fight Jeff Sessions and his old-fashioned, discredited and dangerous approach to drugs, we must embrace what all regions have in common and build coalitions."

At this rate, with the Trump administration in free fall, building a coalition to oppose Sessions' agenda doesn't seem like it'll be too hard.