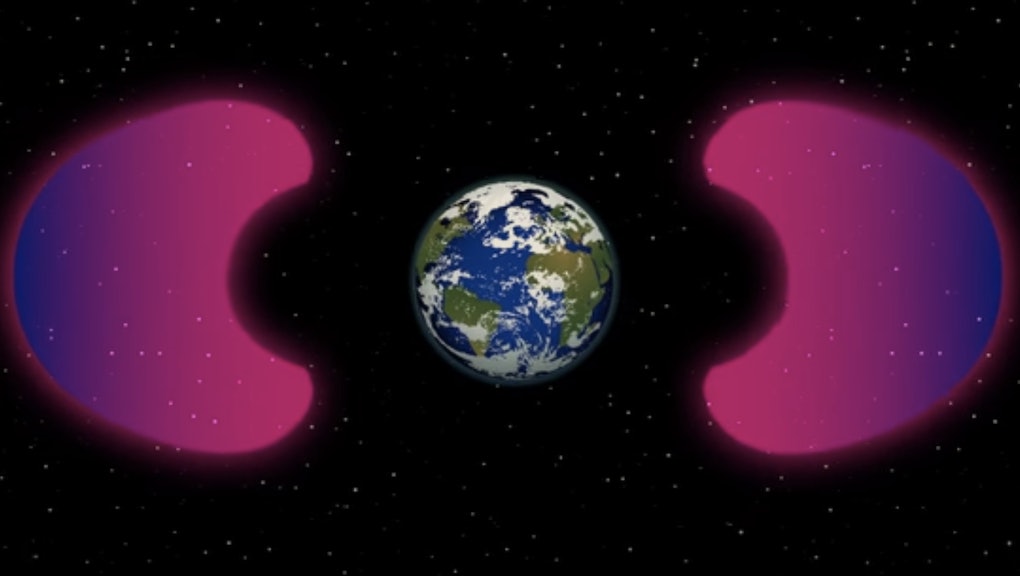 It could be somewhat like a force field: The barriers might protect planet Earth from "extreme space weather" such as coronal mass ejections, according to Newsweek, though further study is necessary to prove that theory.

Coronal mass ejections are gigantic gas bubbles with magnetic fields that are spit out by the solar corona — the outer layer of the sun's atmosphere — usually after solar flares. They're potentially dangerous because they can cause geomagnetic storms on Earth. About three to five days after a CME departs from the sun, it can travel so close to Earth that it destroys satellites orbiting the planet — including communication satellites, which tend to be in high orbit.

A famous example is the "Quebec blackout." In March 1989, a geomagnetic storm hit Quebec so hard that it blew out power stations and electric transformers. The way NASA described it makes the event sound particularly catastrophic:

Within minutes, tangled magnetic forces on the sun had released a billion-ton cloud of gas. It was like the energy of thousands of nuclear bombs exploding at the same time. The storm cloud rushed out from the sun, straight towards Earth, at a million miles per hour.

The storm even jammed radio signals in Europe.

CMEs aren't all bad, though — the geomagnetic storms they cause can create beautiful auroras in the sky.

How did humans make this barrier?

Since at least the 1960s, humans have relied more heavily on very low frequency radio signals, which are used to communicate with submarines in the deep sea, for example. The military uses VLF signals, but they're not quite suited for everyday use — the frequencies are too weak to even transmit audio.

These VLF signals, however, have reached into space and surrounded our planet, creating a giant protective barrier that can literally be seen by spacecraft. NASA isn't yet sure if the barrier can actually protect Earth from space weather, but it may know soon.

"Plans are already underway to test VLF transmissions in the upper atmosphere to see if they could remove excess charged particles — which can appear during periods of intense space weather," NASA’s website read.