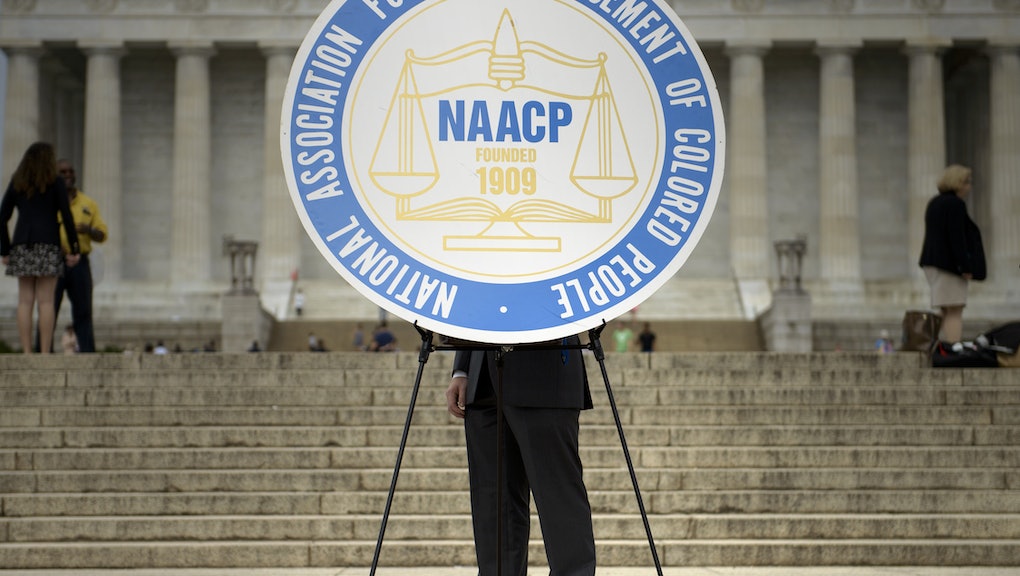 The NAACP says it is going to revive itself. First, it's ousting Cornell William Brooks.

The NAACP has been around for 108 years, and is credited with historic social justice victories against segregation, separate but equal schooling and voter suppression. In order to stay relevant for an evolving civil rights movement, the organization's national board announced Friday plans for a "systemwide refresh" to better confront the threats of a Donald Trump presidency, the New York Times reported.

The refresh apparently started with the ousting of NAACP president Cornell William Brooks, according to the Times. The national board voted Friday to dismiss him. Officials did not offer the Times an explanation of the plan to remove Brooks, other than to say the NAACP needs a new leader.

Founded in 1909, the organization had a hand in advocacy efforts that yielded the Supreme Court decisions on desegregation of public schools and the Voting Rights Act of 1965, among several major civil rights victories for African-Americans and other racial minorities. But in the last four to five years, the emergence of the Black Lives Matter movement, the Fight for 15 minimum wage campaign and other Trump resistance efforts have largely outshone the NAACP.

Leon Russell, the NAACP's national board chairman, said the organization wants to lead on many of the same issues that newer, younger movement groups have rallied around, including public education and criminal justice reform.

"We have to work together with other folks, young folks, old folks, in-between folks to ensure that we stop the kind of cynicism, the kind of relapse to a bad old situation that Trump represents," Russell told the Times.

"We are in a transitional moment," Derrick Johnson, the NAACP national board vice chairman, said. "This is the opportune time to begin to look at all our functions as an association and see, are we the right fit for the current reality?"

According to the Times, Russell and Johnson will oversee day-to-day running of the NAACP, while the organization searches for a president.

Brooks, who was not available for comment on Friday, had been in the news most recently around his opposition to then-Sen. Jeff Sessions, who is currently the U.S. attorney general. Brooks and other members of the NAACP were arrested for staging sit-ins inside of Sessions' Alabama office in January.

Brooks was named NAACP president in 2014. He will leave the organization in June, the Times reported.