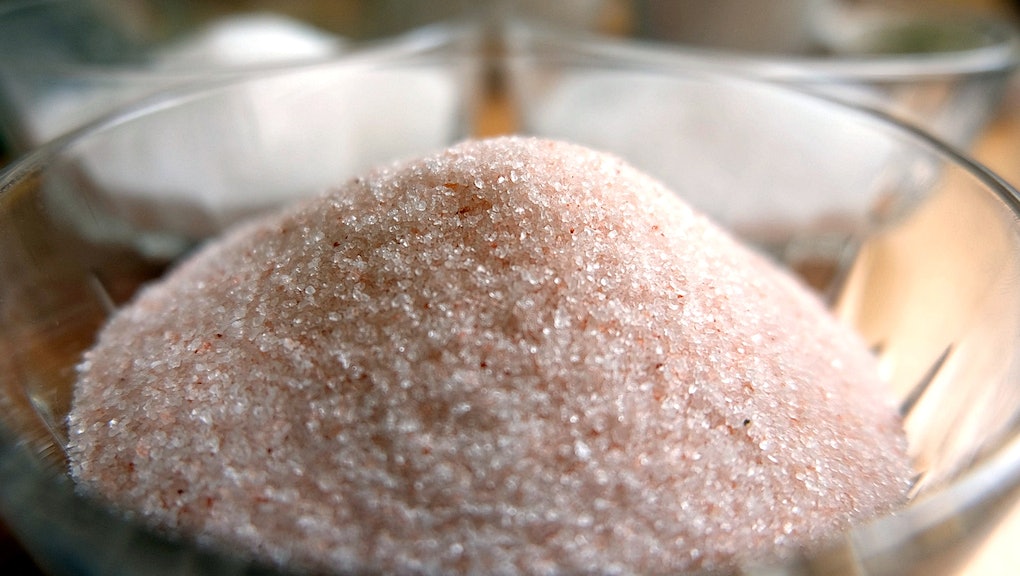 When you put sea salt on your food, here’s what you’re really eating

A recent study suggests that your salty caramel gelato or potato wedges have a little dash of "secret ingredient" in them — tiny bits of plastic, also known as microplastics.

Scientists tested 16 popular brands of sea salt farmed from a long list of countries, including New Zealand, Iran, France, Australia, Japan, Malaysia, Portugal and South Africa. Every single sample had microplastics in them, likely because microplastics can float on the ocean's surface and get picked up by salt skimmers.

Although the discovery is alarming, the microplastics weren't detected in high concentrations.

"The thing to note is that [microplastics] were present in very low levels," Tamara Galloway, a professor at the University of Exeter’s College of Life and Environmental Sciences, said in an email. "We worked out that an average person might consume about 37 particles a year if all of their salt was sea salt."

In recent years, sea salt has cropped up as a big food trend, making its way into sweet and savory recipes alike. In fact, one a flavor industry group issued a 2013 report entirely dedicated to sea salt, which found that mentions of the ingredient increased by 700% between 2008 and 2012. In 2010 alone, about 1,350 food products had sea salt added to them — Wendy's fries, for example, added sea salt as part of a PR campaign to serve up more "natural" food.

Galloway said that the polymers in these microplastics are frequently found in food and drink packaging, which often gets dumped into the ocean. Up to 12 million metric tons of plastic are discarded in sea water every year, and creatures are gobbling up these microplastics at alarming rates.

"It's been estimated that an average plate of mussels or oysters from a coastal location might contain upwards of 50 particles," Galloway said. "And someone who eats seafood regularly might be predicted to consume up to 11,000 particles a year."

It's hard to know whether or not this means people should pass on the seafood specials at their next happy hour, in part because there’s little information on what eating microplastics could do to our bodies.

"It's important to stress that we don't know what effects this might have on health. We simply don't know because it's not been studied," Galloway said.