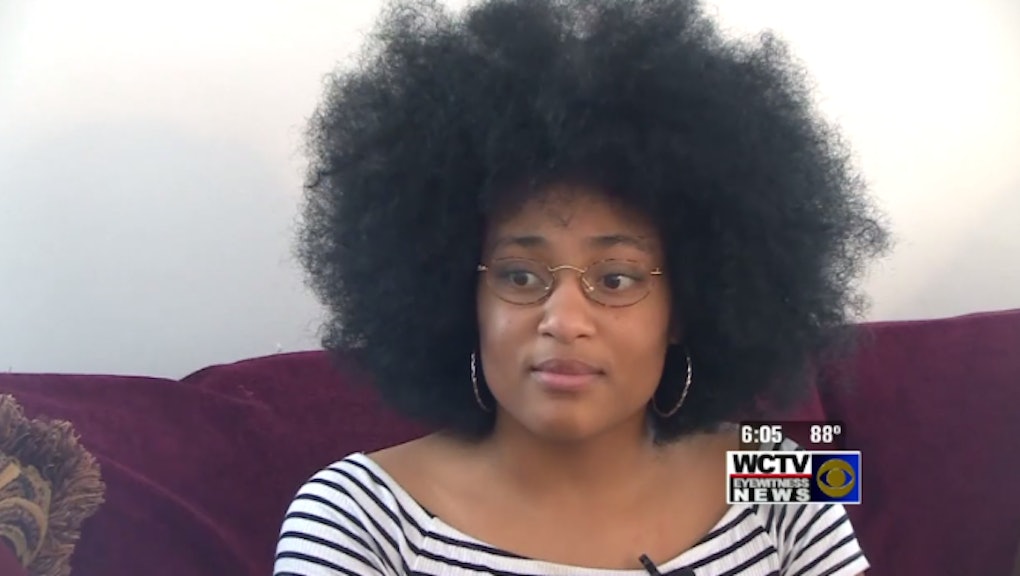 Florida school told black teen her afro was "too extreme," "needs to be fixed"

North Florida Christian is a private school in Tallahassee, Florida, that is now tangled up in a huge controversy over hair.

Jenesis Johnson, a 17-year-old black student, told local reporters that she was cornered by a teacher about her hair. A teacher began prodding Johnson about how long she's worn her hair in an afro, and soon other students jumped into the conversation.

"She said that my hair needs to be fixed, it was not neat and needs to be put in a style," Johnson told reporters at local CBS affiliate WCTV about her initial conversation with the teacher. "My hair is fixed."

Two weeks later, Johnson was called into the assistant principal's office. "She said your hair is extreme and faddish and out of control. It's all over the place," Johnson told WCTV. What's worse is that the principal said that Johnson's afro went against school rules and was a distraction for other students in her classes.

The school's handbook reportedly does state that it has the final say in which hairstyles students are allowed to wear to school. But for Johnson, the matter is less about style than about racism. "It hurts me," she told WCTV. "It's hurting me. For my people behind me, the younger ones, they're going to have hair like me. Why can't they wear their natural hair?"

That message was clearly lost on North Florida Christian administrators, who declined to comment on the story when asked by local reporters. Meanwhile, Johnson was allowed to finish her last week of school. But according to WCTV, the school has threatened to refund her next semester's tuition — effectively kicking her out of school — if she doesn't "fix" her hair.