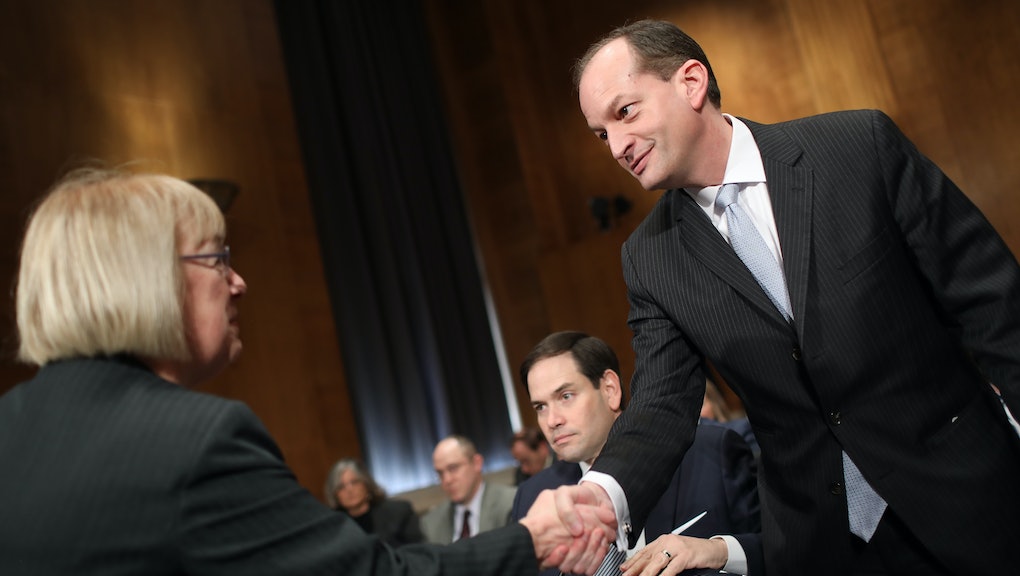 The fiduciary rule takes effect June 9: Why that's important for protecting your money

Beginning June 9, the U.S. Labor Department plans to enforce the fiduciary rule, which solidifies consumer financial protections put in place by the Obama administration. Consumers might be relieved — at least for now.

What's the fiduciary rule and why should you care? Following the recession, one of the protective measures enforced by President Barack Obama was the fiduciary rule, which ethically binds financial advisors to work in the best interest of their clients and not overcharge them, among other limitations.

This means all fees and commissions must be clearly communicated, and advisors cannot hide any conflicts of interest with regard to selling certain products or services. So if you seek professional financial advice, your advisor cannot conceal how much you will be charged, for example, or sell you a higher-cost product because it financially benefits the advisor, but not you.

How does the fiduciary rule affect me?

So what does the fiduciary rule going into effect mean for you? If you've never even heard of it, you aren't alone: A recent survey found that more than 60% of adults report not knowing about the rule at all. But if you receive any financial advice — including more indirectly, through your workplace retirement plan, for example — you could be protected by the rule.

For now, consumers seeking professional financial advice will receive increased protections and firms will need to scramble to comply with the rule by June 9. But the future beyond that is uncertain, as full implementation won't occur until Jan. 1, 2018, leaving room for further discussion, CNBC reports — and industry analysts said they ultimately expect the rule to be relaxed.

Specifically, analysts say, a revised and reworked policy is a strong possibility, including a "full-scale rewrite." The rule, along with other protections from the Dodd-Frank Act, has long been under fire from Republicans and the financial services industry, which claims it would make getting investment advice too expensive, as firms would have to pass along compliance costs.

However, independent analysis suggests investors would see a net financial benefit from getting less bad advice thanks to the fiduciary rule, saving them collectively about $17 billion per year, Money reports.

President Donald Trump signed a memo in February to have the fiduciary rule re-examined. Newly minted labor secretary Alex Acosta asserted in a Monday piece in the Wall Street Journal, "We have carefully considered the record in this case, and the requirements of the Administrative Procedure Act, and have found no principled legal basis to change the June 9 date while we seek public input. Respect for the rule of law leads us to the conclusion that this date cannot be postponed."

Acosta has been reticent about his position on issues like the Obama administration overtime pay protections, and he faced criticism ahead of his confirmation for not seeming to be willing to defend his department against the Trump administration's planned cuts to worker protections. Indeed, his WSJ piece begins with a clear deregulatory bent: "President Trump has committed — and rightly so — to roll back unnecessary regulations that eliminate jobs, inhibit job creation or impose costs that exceed their benefits."

Still, notably, Acosta has been endorsed by a number of unions — and professors at Florida International University's law school who have worked with him described him to the New York Times as unbiased and not someone to let political views color professional decisions.

Whether the fiduciary rule will be held up in the future is another question.