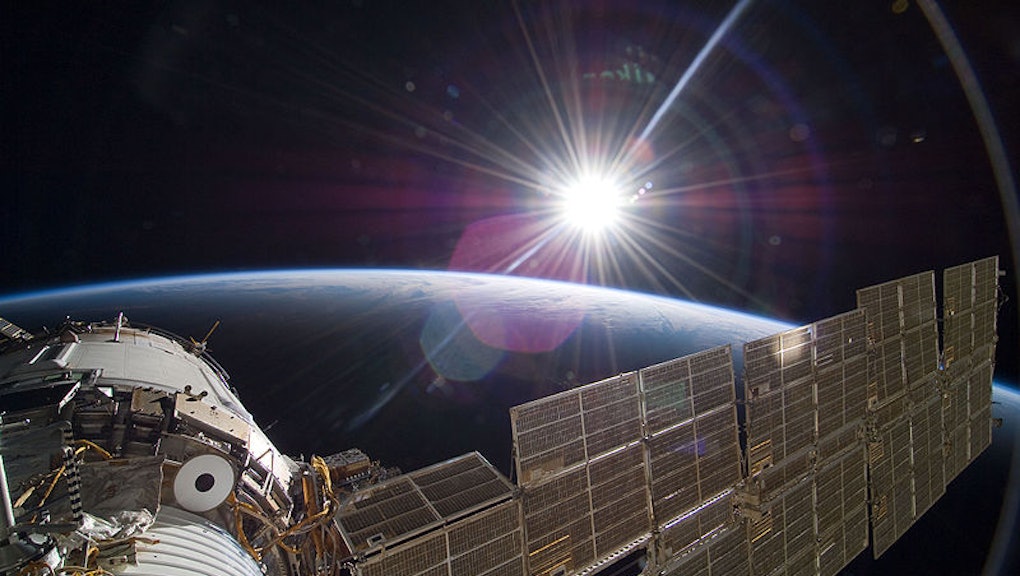 Building a human society in outer space would require more than oxygen tanks, fancy multibillion-dollar spacecraft and freeze-dried strawberries. Humans and animals will need the ability to reproduce in space — kind of like on Noah's ark — and that's an issue scientists are still trying to figure out.

But for now, humanity is at least one step closer. Researchers in Japan successfully preserved mouse sperm on the International Space Station for nine months, then shipped it back to planet Earth, where it created baby mice.

The International Space Station, which houses astronauts and labs from all over the world, kept the sperm from August 2013 to May 2014 to see how badly radiation would damage it. Living in the ISS means exposure to daily doses of radiation 100 times stronger than what we experience on Earth, according to the study, and that raises concerns about whether or not it's even possible to reproduce in orbit.

Compared to sperm samples kept on Earth, it's true that the freeze-dried, space sperm's DNA was damaged. Yet it seems that the sperm was able to recover a bit after in vitro fertilization (when labs fertilize an embryo, or egg, in a dish and then implant that embryo into the body). Healthy mice pups were born; birth rates and sex ratios between space-preserved sperm and Earth sperm were about the same.

Decades of research suggests that egg cells "have a strong potential for repairing damaged DNA," according to Space.com, but there’s no certainty that the same process would benefit humans.

Either way, future inroads could mean a new humanity in outer space or perhaps an orbiting sperm bank with the DNA of the world's many creatures.