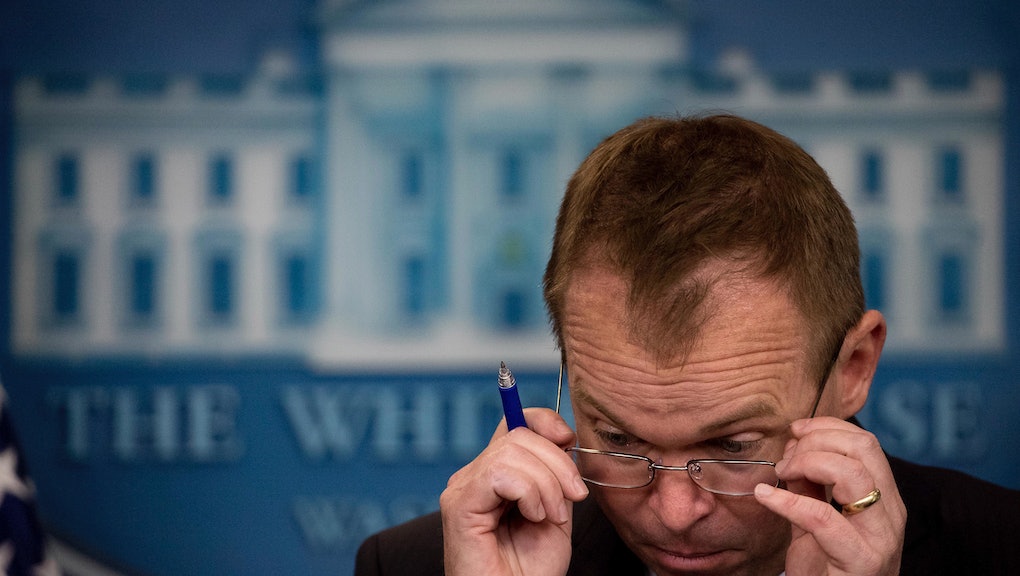 What’s next for Donald Trump’s budget?

President Donald Trump's proposed budget, released Monday, would cut $800 billion from Medicaid and other programs for the poor and the disabled. Meanwhile, military spending and border security would be ramped up under the plan, called "A New Foundation for American Greatness."

But presidents don't control the purse strings. Congress does, and proposed budgets are often sliced to pieces by legislators defending their pet projects and programs favored by their voters. "It's kind of a tradition to declare the new president's budget 'dead on arrival,'" Robert Bixby, executive director of nonpartisan budget watchdog the Concord Coalition, told McClatchy when Trump unveiled the first draft of the budget in March. "Congress is going to do what it is going to do."

Here's a look at what parts of Trump's budget are likely to survive, and which look likely to get cut.

What will Trump get?

Military spending; While he's not likely to get all $640 billion he requested, he'll likely get a good deal of it. That's because neither side of the aisle wants to look weak on terror, and voting to beef up the military is a sure way to look tough. Hawks in Congress, like House Armed Services Chair Mac Thornberry (R-Texas) and Senate Armed Services Chair John McCain (R-Ariz.) both want more than Trump's proposed $640 billion to go the military.

But that number will be tough to reach because of caps on military spending put in place by the 2011 Budget Control Act, the Hill reports. House Defense Appropriations Subcommittee Chairwoman Kay Granger (R-Texas) said getting the votes to raise those caps would be "a high bar."

Where will Congress say no?

Trump's budget has already drawn criticism from lawmakers on both sides of the aisle. On the campaign trail, Trump promised to leave entitlement programs for elderly Americans like Medicare and Social Security untouched, but elderly Americans could be hit in other ways. Meals for Wheels, for instance, serves mostly elderly Americans, and conservatives, whose voters are largely older, are not pleased that it's on the chopping block.

"Meals on Wheels, even for some of us who are considered to be fiscal hawks, may be a bridge too far," Republican Rep. Mark Meadows of North Carolina, chair of the conservative House Freedom Caucus, told the New York Times.

"Candidate Trump campaigned as a populist," Senate Minority Leader Chuck Schumer (D-N.Y.) said, according to ABC News. "Since he has taken office he has governed like a hard-right conservative, pushing policies that help the uber wealthy at the expense of the middle class."

Democrats have vowed to fight back against the cuts.

Congress now must review Trump's budget, and the House and Senate budget committees will propose their own plans. Those are expected in June.