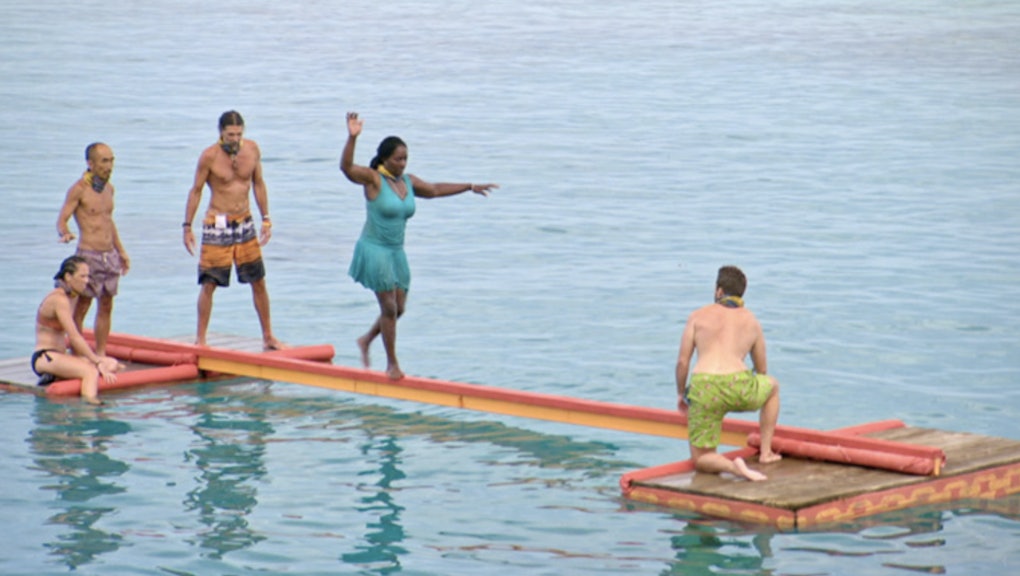 Who will win ‘Survivor: Game Changers’? An inside look at how the jury will pick a winner

Survivor 34: Game Changers has been a season filled with game changing personalities, game changing moves and game changing eye rolls. But it's the treatment of the jury this season that really has my focus — because it's game changing, of course. For the first time ever in Survivor history, this season has jury confessionals. So, what does that even mean?

There have always been what are called "Ponderosa videos," or peeks into the jury living day to day. Ponderosa videos give a fascinating look into the life of an unsequestered jury preparing to give someone one million dollars and infinite glory.

But this season has something else: confessionals from jury members that give insight into where the jury's head is at. It's literally private interviews with each jury member as they explain what they see happening in the game while they watch from the sidelines.

On Wednesday, one Game Changers player will be named sole survivor. Let's use the behind-the-scenes info of the jury confessionals to see where the votes may go — and also admire how dapper the jury looks showered and ready to vote.

Where is Zeke Smith's head at? He thinks it's his ex-ally Sarah Lacina's game to lose:

She is running circles around everyone else in this game, including some pretty good players in Aubry and Cirie. She's left them in tangles, they don't know what to do with themselves.

The question for him becomes: Will Sarah actually make it to the end? Zeke explains what will either allow Sarah to stay or get her torch snuffed.

I think the only tricky thing for Sarah at this point is that she voted out her major shield in Andrea [Boehlke] and I think has exposed herself as the most likely to win. I think Sarah's longevity is going to be determined by what the current players are perceiving about the jury. And how much they believe Debbie's vitriol represents the vitriol of the entire jury.

"I guarantee you that if Sarah does make it to the end, I will do whatever is necessary to ensure that she wins this game," Zeke says.

And what are fisherman Oscar "Ozzy" Lusth's thoughts on the final players? The old school player roots for old school Cirie Fields.

Ozzy has been playing Survivor since he was a young fisherman. And now he's a slightly older fisherman! He likes Cirie's position in the game. "She's got her hands in a lot of different pots," says Ozzy. But he also notes that she's "kind of been sneaking by this whole time."

As someone who was on the bottom from the get-go, he seems to respect that Cirie's still in it and playing low key. But when Cirie didn't read "non-transferrable" correctly, Ozzy said he was worried for Cirie and that she had major "damage control" to do. He also respects Aubry Bracco for still being in it, despite being on the bottom.

With that said, Ozzy does voice some of Zeke's doubts about Sarah.

I'm having a hard time still rooting for Sarah, although she is setting herself up pretty nice. I think it's going to become very difficult for her to make it to the end because she has become one of the bigger targets, being one of those people that's flip flopped a few different times, changing votes.

But if Sarah does get to the top three, Ozzy thinks she'll "probably" win the game.

Sierra Dawn-Thomas was the sheriff on the island before she was taken out. Her majority alliance was taken down, but she's still rooting for her on-the-bottom allies. "People I'm rooting for are obviously people I played the game with, Brad and Troyzan," she explains.

It's hard not to root for the people you voted with. There's a bond there. Still, Sierra is impressed with Sarah.

Sarah's playing a hell of a game. This girl is all over the place. I love it, it's intense ... I know she's playing everyone ... I kind of want her to win but I'm still kind of mad at her.

Sierra's sentiment follows the theme of Sarah: she is impressed with her game but feels personally hurt.

Hali was the first member of the jury. Her hair is the cleanest and she has been out of the game the longest.

Hali refers to Brad and Troy as one player — "Bradzan." She's impressed by their move against Andrea, but also unsure if Cirie is really the mastermind.

"I like Brad and Troy tonight. Good job hanging in there, changing some minds," she says after Andrea's tribal. "But did they change minds? Maybe Cirie is the mastermind."

I enjoy Hali's confessional because it gives insight but also shows that the jury is guessing who is making the moves. All they get to see is what happens at tribal. Juries can be wrong and perception is everything. Using tribal time to convince a jury you're in control, without showing that to the players still in the game, is a huge part of Survivor.

I really enjoy that this jury is impressed with the ladies. The females this season have been strategic powerhouses and that's something Andrea appreciates. For her, the standouts are Aubry, Sarah and Cirie.

Andrea considers Aubry the "underdog" of the women. "If she can pull this off, I mean, I would love Aubry to come out on top, but I also just have like a thing for Aubry," she admits.

Sarah is a different story for Andrea.

Sarah is clearly playing a pretty brilliant game but I think now is the point where she's getting discovered. Everyone thinks that Sarah is their best friend, so I think she's playing a Russell (Hantz) and Tony (Vlachos)-esq game. So if Sarah gets to the end, depending on who she's with, I mean she kind of fooled us all.

As for Cirie? Andrea sees some similarities between her and Sarah.

Cirie and Sarah did the same thing to me, they both lied to my face, voted me out. And there's just a thing: Sarah makes me feel weird and kind of gross. And Cirie I still appreciate... I still feel good about Cirie."

Unlike Sarah, Cirie's betrayal doesn't seem to be as personal to the jury members.

Debbie is convinced that Cirie was the mastermind in the Michaela Bradshaw tribal.

Cirie just won a million dollars, as far as I'm concerned — at least in my eyes — because she just swiped a vote that she couldn't use and gave it back with a BS excuse that it was for your own good. Sarah bought it, used the advantage, but not to take out Cirie. I think Cirie's up there with, I don't even know at this point, some evil mastermind that's going to steal the moon and hold it ransom for a billion dollars. Anyway, I thought Cirie was awesome.

This is fascinating because Cirie really was trying to help Sarah with the advantage, but that's not how Debbie sees it. Again, the jury has a limited perspective.

These confessionals give us a lot of insight both to who might win and also to the warped perception of a Survivor jury. I love it all. I hope this rundown gives you, my loyal ally (or article reader) some added secrets going into the finale. I think the frontrunners are clear from these confessionals. May you have a game-changing finale day.