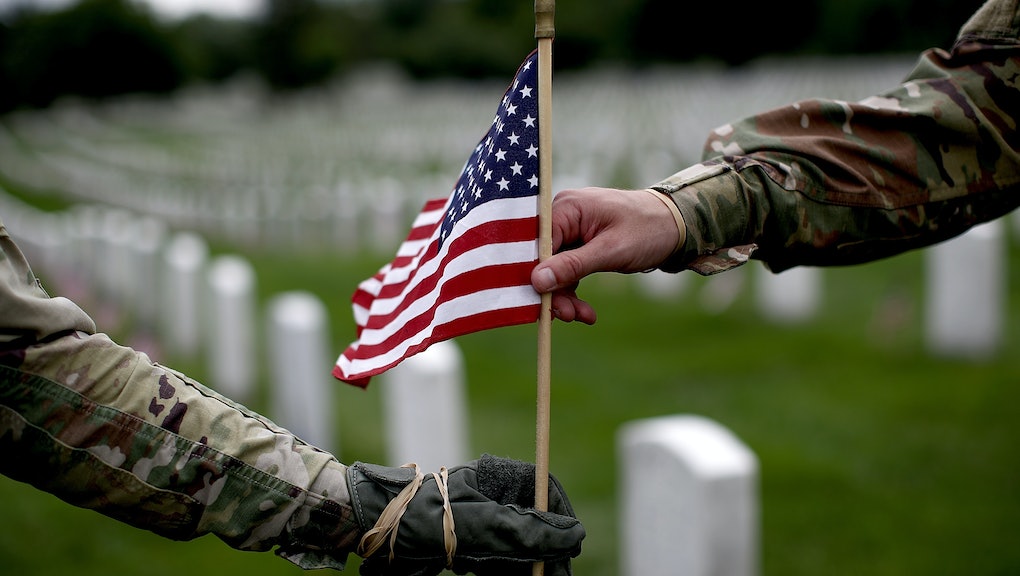 Memorial Day was originally known as Decoration Day in the years following the end of the Civil War, according to the History Channel. It became a federal holiday in 1971.

So far in 2017, eight United States military members have died in Operation Iraqi Freedom and four have died in Afghanistan's Operation Enduring Freedom, according to icasualties.org.

More than 6,900 Americans have died in combat since each of those wars began.