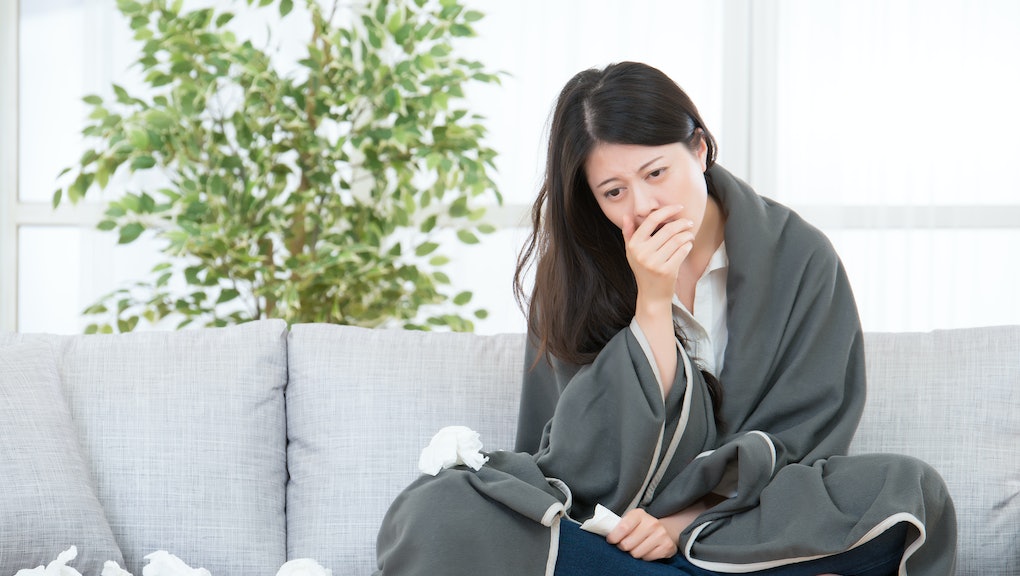 Most of us have recoiled at the sight of someone coughing or sneezing nearby. But our brains may already know to steer clear of others, even without such an obvious signal.

A recent study from Sweden suggests that we simply like sick people less, even though we may not consciously know it. Scientists split up their experiment into three groups of people: One group was injected with harmless bacteria that activated their immune system and caused symptoms like fatigue, fever and pain. The second group served as a healthy control. Scientists gathered "smell samples" and photographs of both groups.

The third group was tasked with being judgmental. With their brains hooked up to an fMRI scanner — a machine that generates images of the body — they were asked rate how much they liked each participant by their smell and photo. Then they were asked to name photographs of people who looked sick, attractive or worth socializing with.

The results seem a bit cruel

People were more likely to want to hang out with the healthy group rather than those who received the bacterial injection.

"The study shows that the human brain is actually very good at discovering [infected people], and that this discovery motivates avoidance behavior," Mats Olsson, professor of at Karolinska Institutet's department of clinical neuroscience, said in a release.

It may, however, depend on who we're willing to get sick for. When the people we care about are under the weather, we're likely to help them rather than run away.

"For instance, there are few people other than your children who you'd kiss when they have a runny nose," Olsson said. "In other words, a disease signal can enhance caring behavior in close relationships. With this study, we demonstrate that the brain is more sensitive to those signals than we once thought."