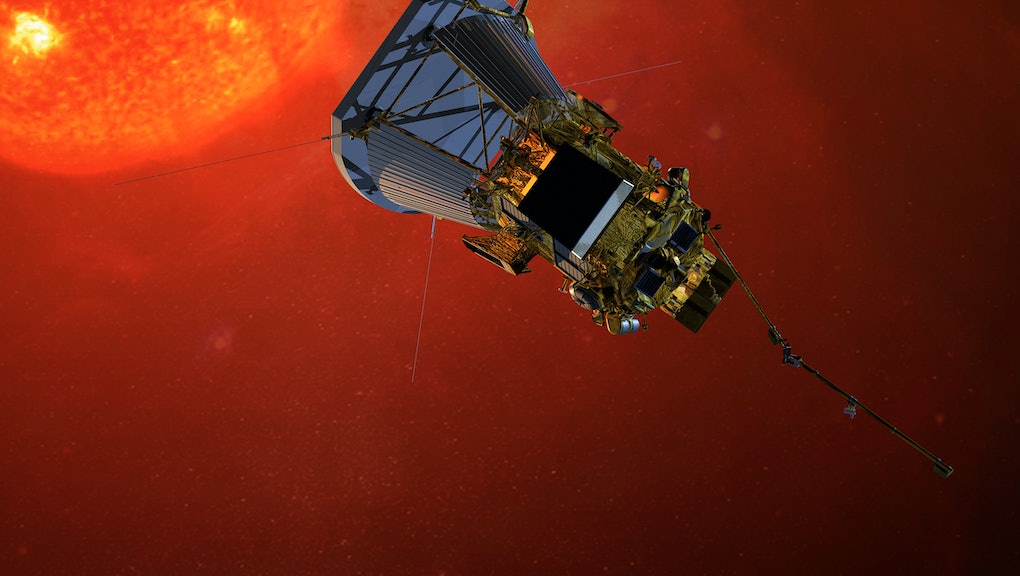 NASA's "touch the sun" mission announcement: Everything we know so far

Despite the sun's extremely hot temperatures and its 93-million-mile distance from the earth, NASA has plans to "fly directly into our sun's atmosphere" starting in the summer of 2018. The organization will officially announce its plans on the morning of Wednesday, May 31, but here's what we know right now:

The mission is called "Solar Probe Plus," and it'll make history.

It will send out a spaceship to orbit within 4 million miles of the sun's surface, according to a release on NASA's website. If successful, it will be "facing heat and radiation unlike any spacecraft in history."

Scientists are on a quest that could protect us from damaging space weather.

This mission is no joke. Scientists at NASA are particularly concerned about a projection that a "huge solar event" could wreak havoc on the planet, causing $2 trillion worth of damage on just the United States.

"The eastern seaboard of the U.S. could be without power for a year," NASA's website says. "In order to unlock the mysteries of the corona, but also to protect a society that is increasingly dependent on technology from the threats of space weather, we will send Solar Probe Plus to touch the sun."

Coronal mass ejections are likely the concern. They're huge gas bubbles with magnetic fields that are shot out by the outer layer of the sun's atmosphere, typically after solar flares, and they can cause geomagnetic storms that reach Earth. Most notably, they caused the "Quebec blackout" in 1989, which left all of Quebec, Canada, without power for 12 hours.

The Solar Probe Plus will also "answer decades-old questions about the physics of how stars work," but that's perhaps not as urgent as preventing a major blackout from devastating lives and the American economy.

There's a countdown to the launch.

NASA's website has a clock counting down the 426-some days until the Solar Probe Plus mission starts, though there's technically a "launch window" of anytime between July 31, 2018 and Aug. 19, 2018. The launch is a long time coming — scientists have been thinking about a solar probe for nearly 60 years, since a meeting at the Space Science Board in October of 1958. But by 2025, the mission should be wrapped up.

We'll learn more about the mission at 11 a.m. Eastern on Wednesday, May 31, during a livestream on NASA's website. Click here to watch.