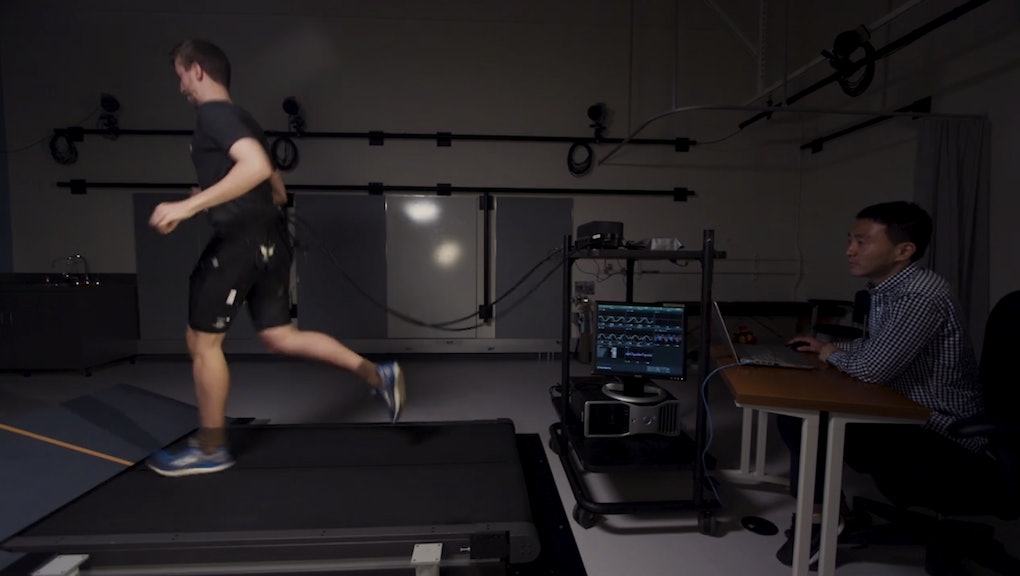 This "wearable exoskeleton" might make humans better at running

The "exosuit," also called a "wearable exoskeleton," helps humans run without spending as much energy. It's a soft, fabric-based suit that reduces the amount of food or calories needed to run — a measurement called "metabolic cost" — by as much as 5.4%.

"Just knowing that this is possible is exciting and opens up a lot of options for future research," Philippe Malcolm, a professor at the University of Nebraska Omaha and one of the researchers, told Mic in a phone call. "Maybe this could be something that can help athletes train or injure or recover in the future.&quot;

Malcolm and others tested the suit on eight physically healthy men as they jogged on a treadmill. The suit latches around the mens' waist and hips and has attached cables that run back to a machine on a table. The machine then sends "assistive forces" through those cables to the exosuit, which helps the muscles make each stride.

Though many of us are probably interested in running for the sake of burning off extra slices of pizza, the device has the potential to do more than conserve energy.

"It's realistic to assume that this would allow you to run 5% faster with the number of calories you want to consume," Malcolm said.

Soon, Malcolm and colleagues may develop a more portable, wireless version that can be used away from the treadmill.