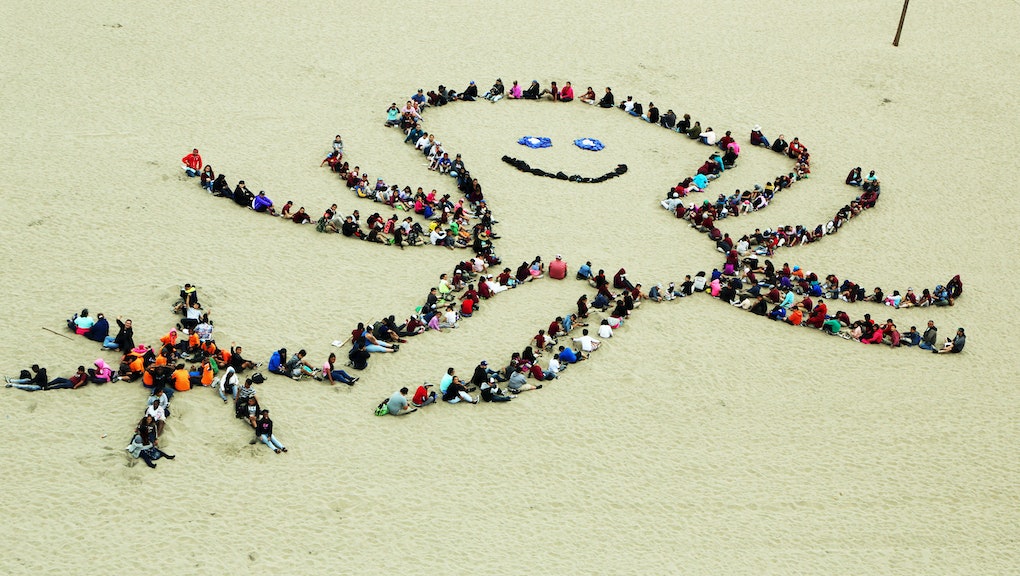 Like his predecessors Barack Obama and George W. Bush, Trump acknowledged the vital importance the world’s oceans play in our lives.

“National Ocean Month celebrates the mighty oceans and their extraordinary resources,” Trump’s proclamation begins. But it’s after this very first line that he wildly diverts from proclamations past.

"Thirty-four years ago, President Ronald Reagan proclaimed the creation of the U.S. Exclusive Economic Zone, making clear America's sovereign right to explore, exploit, conserve, and manage ocean resources extending 200 nautical miles from our shores. This is the world's largest Exclusive Economic Zone, spanning more than 3.4 million square nautical miles, an area larger than the combined landmass of all 50 States. We must recognize the importance of our offshore areas to our security and economic independence, all while protecting the marine environment for present and future generations."

Not surprisingly, Obama, who made the environment a priority during his two terms, used his 2016 proclamation to outline the importance of our oceans and our need to protect them. His statement read, "It is critical that we take measures to safeguard our blue planet and heed the urgency to defend against these mounting threats, particularly in the Arctic where the effects of a changing climate are already swiftly accelerating."

Meanwhile, Trump, in his proclamation, goes on to say that the United States has just begun to “tap the potential of our oceans' oil and gas, wind, wave, and tidal resources to power the Nation.” Oddly enough, these power sources are sort of competing ideas. In May, the nation’s first offshore wind farm, which is located off the coast of Block Island, a tiny island which is part of the state of Rhode Island, shut down a nearby diesel-fueled power plant because it was no longer needed. “The emissions that go along with nearly a million gallons of diesel a year — that’s all going to go away,” Jeff Wright, chief executive of Block Island Power Co., told Business Insider.

Additionally, Trump noted in his proclamation, “The fisheries resources of the United States are among the most valuable in the world. Growing global demand for seafood presents tremendous opportunities for expansion of our seafood exports, which can reduce our more than $13 billion seafood trade deficit.” Sure, they could, if we don’t overfish the world’s oceans first.

In 1976, legislators passed the Magnuson-Stevens Fishery Conservation and Management Act, which is the primary law governing marine fisheries management in U.S., according the National Oceanic and Atmospheric Association. Its key objectives include preventing overfishing and rebuilding of overfished stock. In essence, it keeps fisherman accountable to the marine life they fish and has helped the United States make “astounding progress,” as NOAA said, in protecting our fishing livestock. However, in February when President Trump announced an executive order to cut back on federal regulations, fishermen and leadership in the industry began to worry what effect he would have on Magnuson-Stevens and marine life in general.

“There’s no doubt regulations have stifled our industry,” Bob Rees, executive director of the Association of Northwest Steelheaders, told the Associated Press. “But those regulations exist for a reason, and it’s the long-term sustainability of those stocks.”

In January, the National Fisherman additionally reported that many in the fishing industry fear pressures to add “flexibility” to regulations could “undermine science-driven decision-making currently enshrined in the bill.”

Trump ended his proclamation calling upon Americans to reflect on the value and importance of the oceans “not only to our security and economy, but also as a source of recreation, enjoyment, and relaxation.”

National Ocean Month runs from May 31 to the end of June, giving America plenty of time to reflect, indeed.