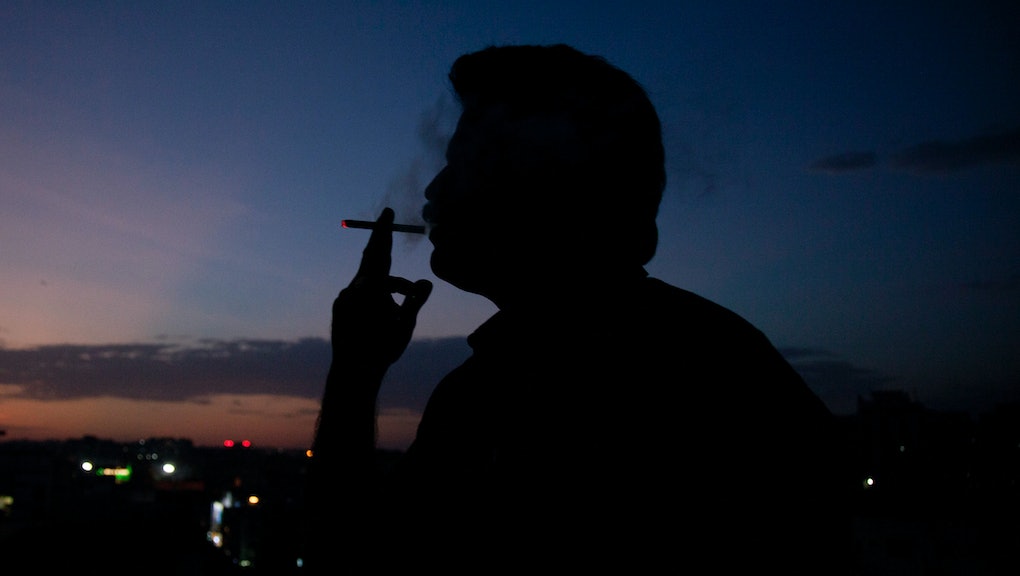 What smoking cigarettes means for the future of our planet

It's no secret that smoking is bad for you. Cigarettes are responsible for one in every five deaths in the U.S. — that's more than 480,000 people a year, according to the Centers for Disease Control and Prevention. But beyond the toll smoking takes on the human body, the tobacco industry is damaging the environment and putting Earth on track for an even unhealthier future.

"From start to finish, the tobacco life cycle is an overwhelmingly polluting and damaging process," the report reads. "The environmental consequences of tobacco consumption move it from being an individual problem to being a human problem."

Cigarettes didn't include filters until the 1950s, when the tobacco industry started a marketing ploy claiming that filtered versions were healthier.

"Tossing a cigarette butt on the ground has since become one of the most accepted forms of littering globally and borders on a social norm for many smokers," the report said. That's a problem, because filters are taxing on the environment: 95% of filters are made of a plastic called cellulose acetate, which only breaks down in the elements somewhere between 18 months and 10 years after being thrown away. When they do break down, they can release more than 7,000 chemicals, the report said. Many of those chemicals are toxic or carcinogenic, meaning they can cause cancer.

Tobacco is a monocrop, meaning that farmers only grow tobacco plants on a set amount of land each year. That matters because many monocrops are regularly treated with chemicals — insecticides, fungicides, fumigants, herbicides, growth inhibitors and ripening agents — all of which have damaging effects on the environment, the ecosystem and human health.

"Many of these chemicals are so harmful to both the environment and farmers' health that they are banned in some countries," the report said.

Land is also destroyed by massive deforestation, since wood fires are often used to dry ("cure") tobacco leaves. WHO's report estimated that one tree is needed for every 300 cigarettes, which is equivalent to about 15 packs (at 20 cigarettes per pack).

The problem is so widespread that, in total, an estimated 11.4 million metric tons of wood is needed for the world's tobacco industry (it's also used for creating rolling paper and cigarette packaging). To put that into perspective, tobacco farming is responsible for 18% of China's total deforestation, the WHO report claimed

These practices can significantly cut down on plant and animal biodiversity, among other negative environmental effects. Deforestation exports a dangerous amount of carbon dioxide into the air in a world where as much as 30% of greenhouse gases are attributed to deforestation.

It's grim — and ultimately, the report warns us that humanity is in for a perilous future if the tobacco industry doesn't become more sustainable. As its authors put it, "What is now at stake is the fate of an entire planet."