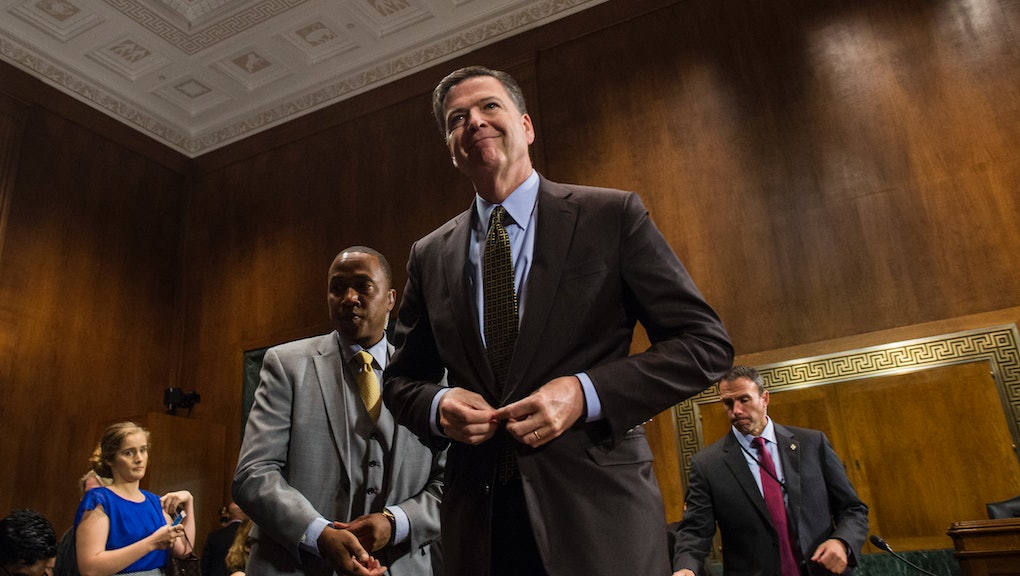 Comey will testify on Trump Russia investigation on June 8

A date has been set for former FBI Director James Comey's long-awaited testimony before Congress about President Donald Trump's alleged interference in the Bureau's investigation into ties between Russian intelligence officials and at least one member of Trump's inner circle.

Comey will go before the Senate Intelligence Committee on June 8, committee members announced Thursday afteroon, according to Politico.

According to memos written by Comey describing meetings between the president and the former FBI director, Trump leaned on Comey to nix the FBI's investigation into former National Security Director Michael Flynn, who resigned in February. Trump also allegedly asked Comey if he was under investigation. In Comey's firing letter, made public before it was delivered to Comey, Trump claimed Comey told him he wasn't under investigation.

Trump claimed he had fired Comey because of his handling of the investigation into Hillary Clinton's private email server.

After Comey's memo leaked to the press, Trump suggested he might have recorded their conversations. So far, however, the president hasn't produced any tapes.

Earlier this week, Comey told CNN he was "eager" to clear the air.

Trump has said repeatedly that the investigation into him and his associates is "fake news" drummed up by Democrats (and Hilary Clinton in particular) to distract from his agenda.