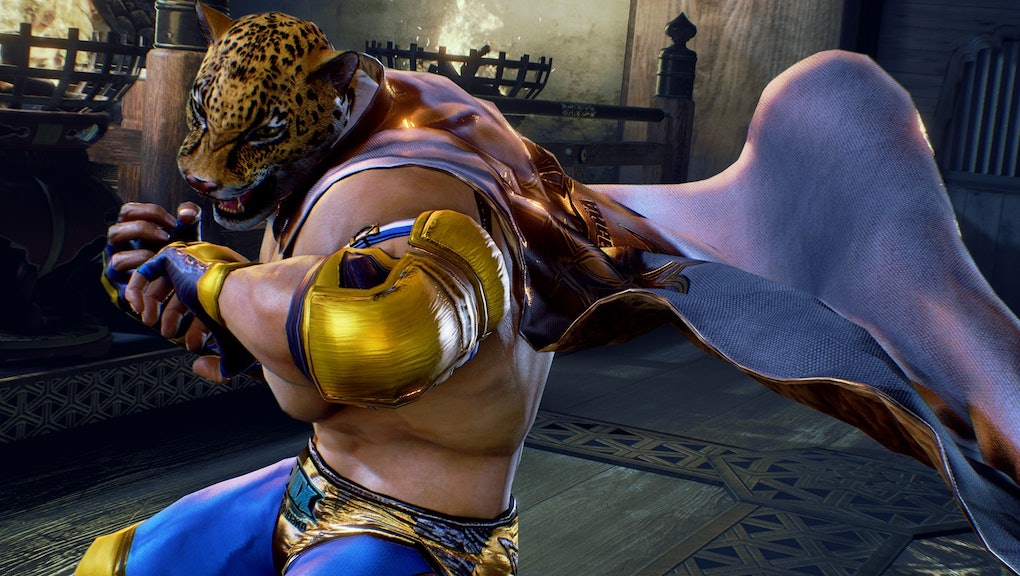 'Tekken 7' King Combos: We teach you this fighter's Rage Art

Tekken's King is a mainstay from most titles in the series, though there are actually two characters who share the name: King I and King II. The luchadores from Mexico wear very detailed jaguar masks, and in Tekken 7, this version of King is fighting in the King of Iron Fist tournament to raise a cash prize for his friends as well as his orphanage.

If those aren't great reasons to want King to succeed, I don't know what are. If you want to take King all the way to the top, you're going to need some powerful combos. Here's how you can perform the extremely damaging Rage Art to quickly knock out your opponent.

Rage Art in Tekken 7 is a special move that can bypass and break chains your opponents are using before following up with a massive amount of damage. You can finish off your opponent with an explosive scene that's fun to watch. You can't activate Rage Art, however, until your HP has dropped below 25%. Your fighter will also begin to glow red. The weaker you are, the more damage your Rage Art will cause.

To perform King's Rage Art, perform this combo: d/f+1+2. That's down, then forward + left punch + right punch in special move notation. You can find a table over at GameSkinny that further explains this.

To perform a Rage Drive for King, perform d/b+1+2. That's down, then back + left punch + right punch.

Check out more video game content on Mic, including which Pokémon are actually the best and why black players can never seem to get custom characters that look like them. Learn more about how blind gamers are getting in on the fun. Don't miss our guide to dodging blue shells in the Mario Kart 8 Deluxe — you can thank us later.