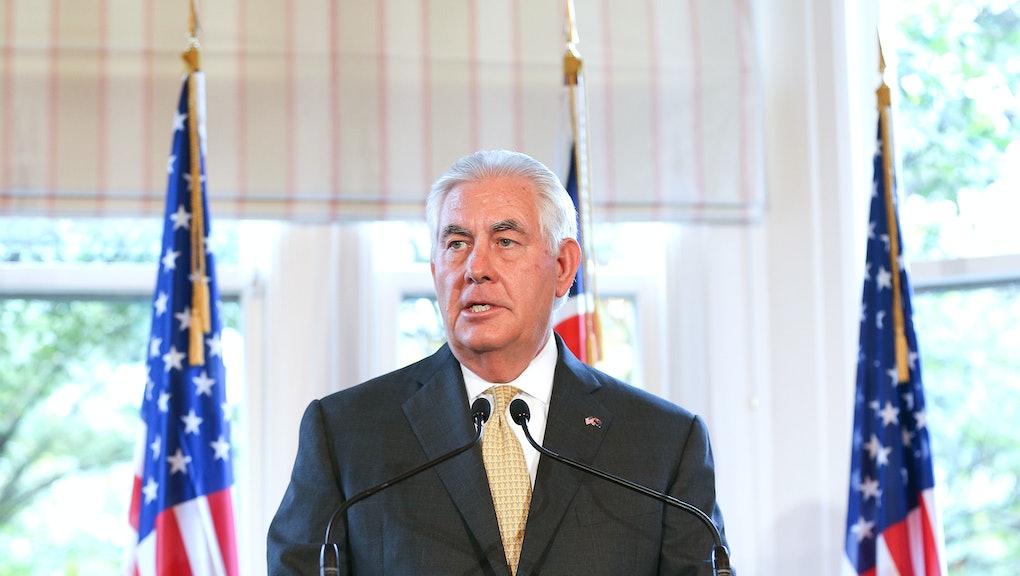 At least one member of the Trump administration isn't afraid to acknowledge LGBT Pride Month.

Secretary of State Rex Tillerson on Wednesday released a statement declaring the State Department's support of LGBTQ rights in conjunction with acknowledging June as a month of LGBTQ pride.

"In recognition of LGBTQ Month, the Department of State affirms its solidarity with the human rights defenders and civil society organizations working around the world to uphold the fundamental freedoms of LGBTQ persons to live with dignity and freedom," Tillerson said in his afternoon statement.

"We will continue to support the human rights of LGBTQ persons together with like-minded governments, businesses and civil society organizations globally," he added.

On May 31, the White House released five celebratory proclamations for the month of June, acknowledging African-American Music Appreciation Month and Caribbean Heritage Month — along with Homeownership, Ocean and Outdoors Months.

That drew the ire of LGBT supporters.

Trump himself has had a mixed record when it comes to LGBTQ rights.

In April 2016, he went against his Republican peers in speaking out against North Carolina's anti-transgender bathrooms law.

He's also said he's "fine" with gay marriage, even though, as of yet, he hasn't said so in the most celebratory month for gay people.