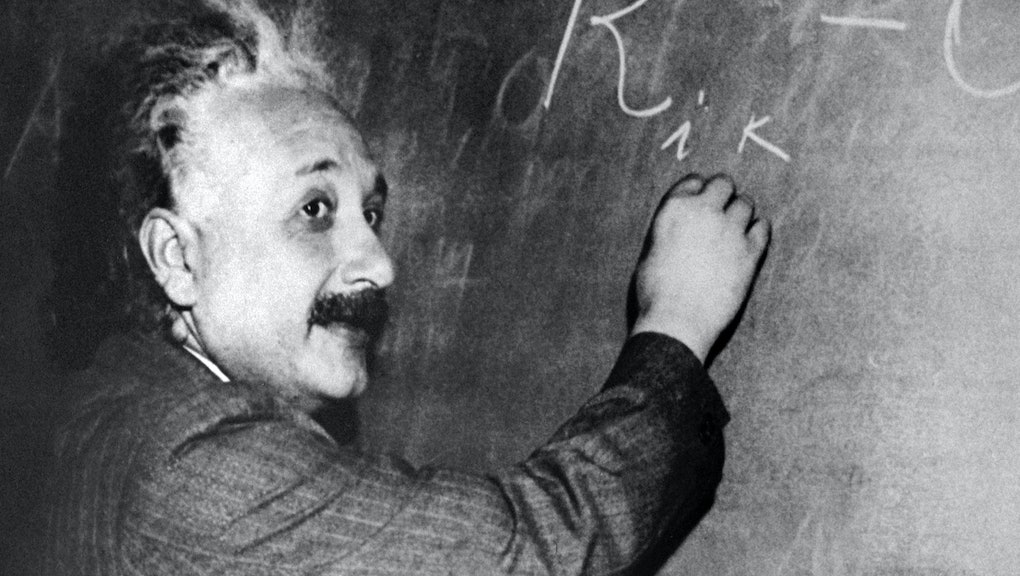 Scientists just did something that even Einstein thought was impossible

Albert Einstein was smart, but he wasn't always optimistic. Scientists recently managed to weigh a star using his long-standing theory on gravity, even though Einstein himself thought it'd be impossible to pull off.

In the early 1900s, Einstein drafted the longstanding General Theory of Relativity, which explains the force of gravity. The theory asserts that giant objects "cause a distortion in space-time, which is felt as gravity," according to the website Space.

According to his theory, in the case of two stars perfectly aligned with the viewer, light can warp around the gravitational field of one star and allow the other star to be seen up close. The curved light works as sort of a magnifying glass — yet it's a phenomenon that humans have "no hope of observing," Einstein wrote in 1936.

But thanks to modern technology like the high-resolution Hubble Space Telescope, scientists from the Space Telescope Science Institute were at last able to see Einstein's theory at work on a small star. The details of their findings were published in Science on June 7.

Though they didn't have a perfect alignment of the two stars to work with, it was just the right set of circumstances to allow scientists to measure a "white dwarf star" called Stein 2051 B.

Not only does this confirm the General Theory of Relativity, but it suggests a future with many possible discoveries to come. Even Einstein, whose theory led scientists to measure the star, seemingly underestimated humanity's potential to witness space phenomenons.