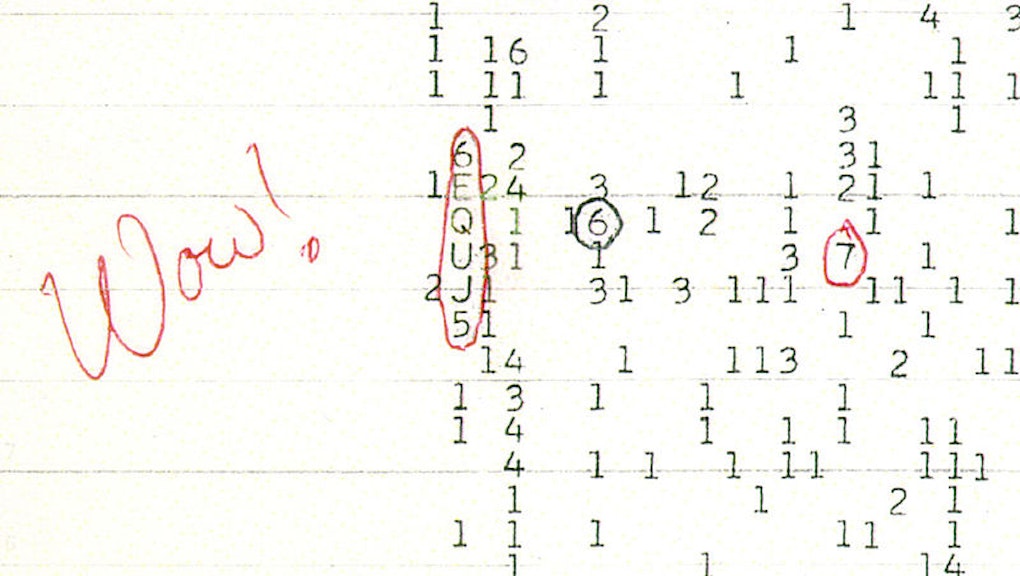 Wow! signal: After 40 years, we may finally know what that mystery sign from space was

In August of 1977, a group of astronomers examining radio transmissions in Ohio received a mysterious signal from an unknown source. Shocked by its incredible length — 72 seconds — one scientist scribbled "Wow!" next to the recording, inadvertently giving the unusual communication a nickname that would last decades.

Now, after 40 years of grappling with possible explanations for the Wow! signal — which even include the possibility of aliens communicating with humans — scientists at the Center for Planetary Science have finally solved the puzzle.

A comet unknown to researchers in the 1970s likely caused the signal, and researchers were able to test that theory in a recent fly-by.

Scientists are pretty sure a comet caused the famous Wow! signal

Several comets have soared through the sky in recent months, and scientists attempted to match their radio signals with ones from the ominous "Wow!" signal. They were particularly interested in two comets, the 266P/Christensen and the 335P/Gibbs, both of which are surrounded by millions of kilometers of hydrogen gas that naturally gives off a radio frequency somewhat similar to the one witnessed in 1977.

Apologies for the disappointment — but no, aliens probably weren't reaching out with a dire message after all.