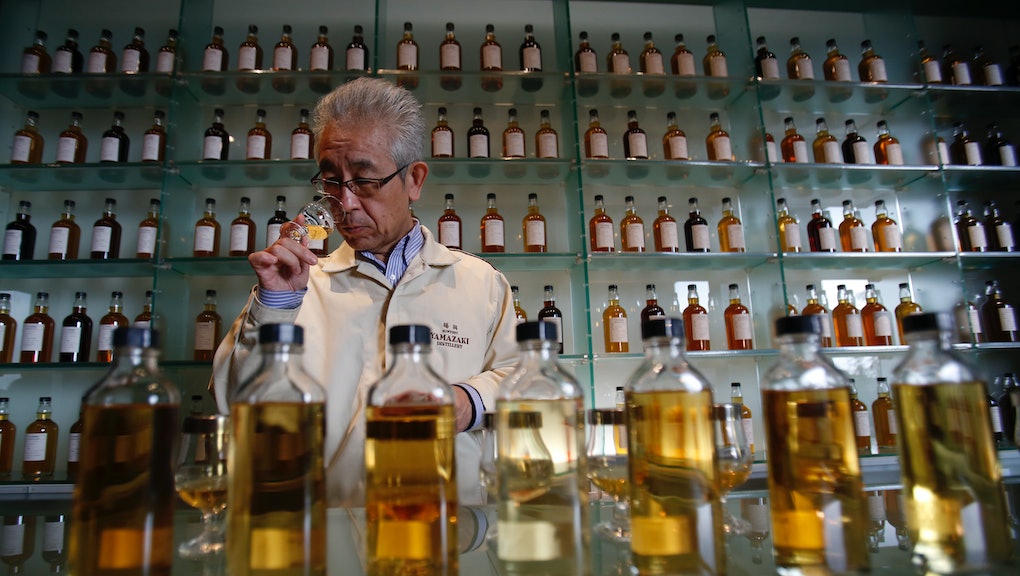 The robots may soon take one of the best jobs of them all: whiskey taste-testing.

Scientists recently designed a set of sensors, playfully called a "tongue," that can analyze the chemical composition of whiskey and tell us about its age, country of origin and malt status.

The sensors are made of glowing solutions that change brightness when drops of whiskey are added to them. The result ultimately indicates different properties of the liquor — which may be noticeable to a whiskey master, but without the chemical certainty.

When looked at as a whole, each whiskey has its own "pattern" that helps scientists identify it. Though the device may not look like a human tongue, it certainly works like one — if not better.

"Our human tongue consists of six or seven different receptors — sweet, salty, bitter, sour, umami and hotness — and they're able to identify food by differential reactions of those elements," Uwe Bunz, an organic chemist at Heidelberg University in Germany, said in a release. "The combination of differential receptors gives you an overall taste impression of what you eat."

In the future, the sensors may help identify commercial whiskeys and prevent the sale of counterfeit batches. For now, it at least gives legitimacy to whiskey connoisseurs who believe that what they're tasting — the liquor's age, malt, notes and invisible aftertastes — do actually exist.