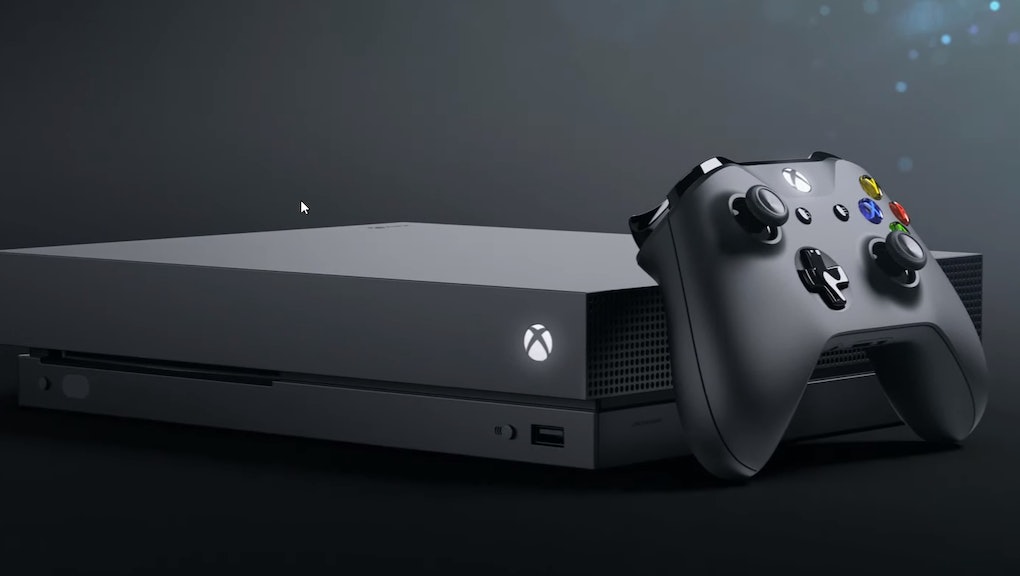 The system is a massive powerhouse and will feature 8 million pixels with 4K UHD Blu-ray playback. It will ship with 6 teraflops of power, which is more than the PlayStation 4 Pro’s 4.2 teraflops, with a custom GPU engine running at 1172MHz. This is, as Microsoft states, the fastest and most advanced system to ever power a console. It will be compatible with all Xbox One accessories and games.

According to Microsoft, the Xbox One X is the smallest Xbox that’s been created thus far, barely larger than an Xbox One controller at that, demonstrated with several screenshots during the show. In terms of aesthetic, it looks very close to the Xbox One S, if not a little sleeker.