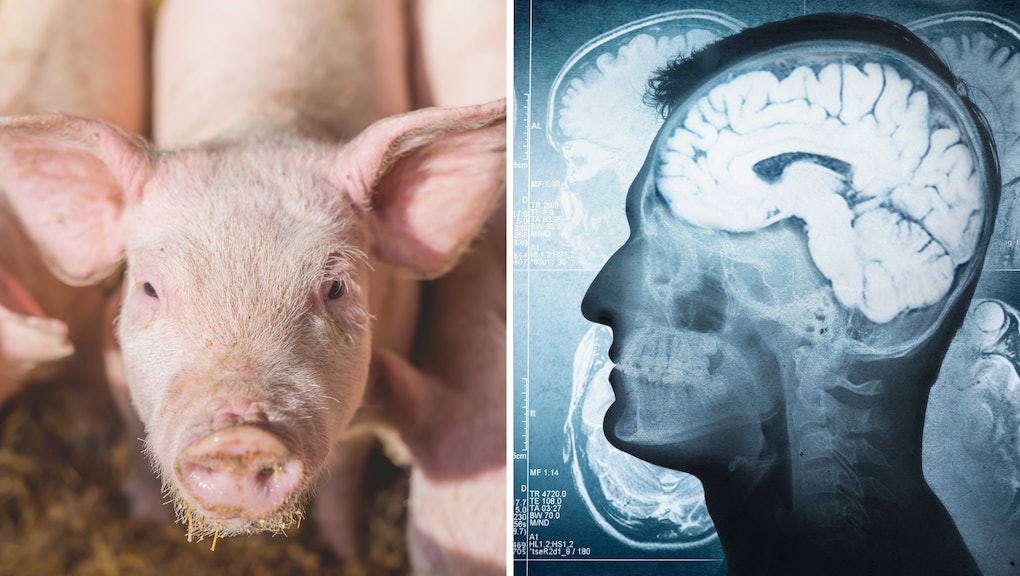 In the future, Parkinson's and other diseases might be treated with pig brain cells

A biotech company is trying to transform future treatments of Parkinson’s by transplanting brain cells from pigs into the brains of people with the disease.

There's currently no cure for Parkinson's disease, a condition that progressively limits a person's ability to move. The age of onset and the speed of progression vary, but it affects nearly 1 million U.S. residents. Parkinson’s essentially causes the loss of dopamine-producing brain cells, which assist our brains with regulating and controlling movement. As it stands, there’s medicine to treat this, but its effectiveness starts to dwindle after a few years of use.

Now, Living Cell Technologies in Auckland, New Zealand, hopes that its new methods can also slow down the disease’s progression. Researchers took cells from pigs’ choroid plexus — a part of the brain that has a "cocktail of growth factors and signaling molecules known to keep nerve cells healthy," according to New Scientist — and planted them into the brains of 18 patients. They put the cells in capsules with a coating made from seaweed, which helps stop patients' immune system from attacking the foreign pig cells and also helps "growth factors" move into nearby human brain tissue.

The method previously worked successfully in a test with rhesus monkeys. This time around, the four human participants who were given 40 capsules of pig cells experienced improvements that lasted during an 18-month period after surgery.

The pig brain cell treatment, however, could conceivably be tested on other diseases where nerve cells similarly die, such as Huntington's or Alzheimer's disease.

Further research will ultimately reveal if there's a positive long-term effect for those conditions, as well as for people affected by Parkinson's disease.

But for now, it's a sign that researchers in the for-profit biotech sector are working toward a future with more options and perhaps more refined methods of treatment.