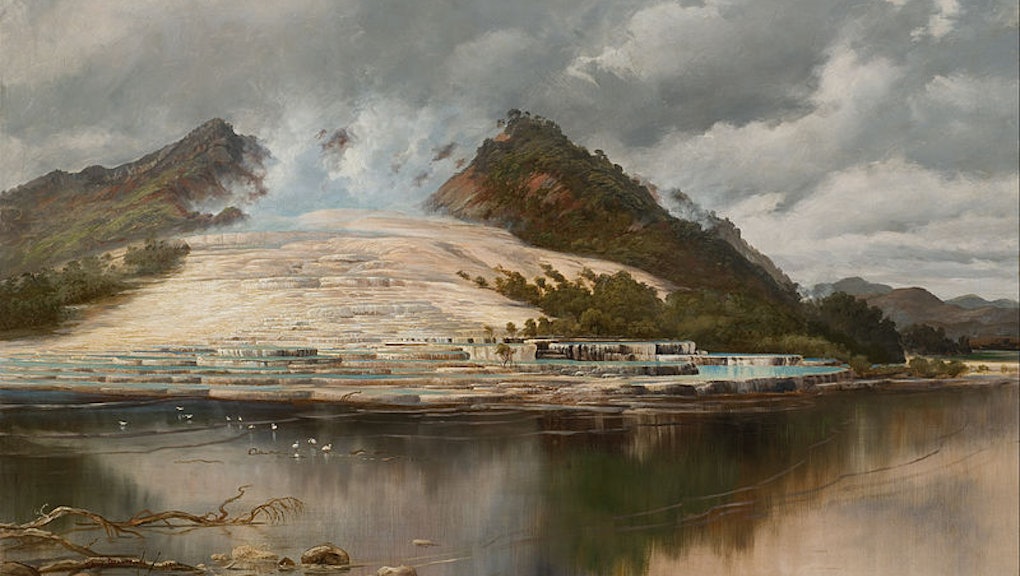 In the mid-1800s, New Zealand's "pink and white terraces" would attract any wealthy tourist who dared voyage weeks or months to see its vibrant, cascading craters of water that descended into a lake.

These terraces are thought to have been walls or "crusts" made from sediment built up from mineral springs and geyser deposits. Tourists would dip into the warmer pools made from these walls — a sensation so pleasant that a prominent English novelist once wrote that he could "imagine nothing more delicious to the bather."

They were often considered the "eighth natural wonder of the world" and yet were lost more than a century ago. In 1886, a volcanic eruption from Mount Tarawera either concealed or destroyed the terraces (depending on who you ask). Though mankind had trekked from afar to see them for years, no one actually recorded their coordinates.

Researchers Rex Bunn and Sascha Nolden sifted through old notes about the terraces from before the volcanic eruption written by a German-Austrian geologist named Ferdinand von Hochstetter. They have a hunch that the terraces are located about 32 to 49 feet below layers of mud and ash, thanks to those records, and are now advocating for a deep dig.

“We want to undertake this work in the public interest," Bunn told the Guardian. "And I have been closely liaising with the ancestral owners of the land, the Tuhourangi Tribal Authority, and they are supportive and delighted with the work.”

Hopefully, it's not a false alarm. A group of scientists, who thought they had found the terraces in 2011, later concluded in 2016 that they were destroyed by the volcanic eruption. However, researchers are swearing by their claims that things will be different this time around.

“Our research relied on the only survey ever made of that part of New Zealand and therefore we are confident the cartography is sound,” Bunn told the Guardian. “Hochstetter was a very competent cartographer.”