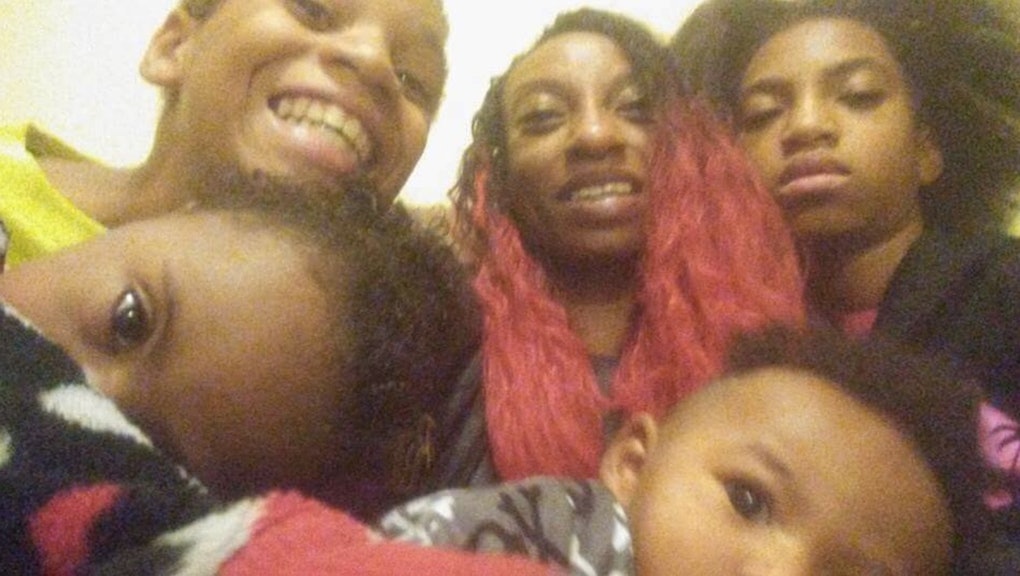 A black, pregnant mother of three in Seattle called police to report an attempted burglary at her apartment on Sunday. But when two white Seattle Police Department officers arrived, they reportedly shot and killed the woman in front of her children.

Police officials have said she was holding a knife.

She has been identified by relatives as 30-year-old Charleena Lyles. Her family is distraught, the Seattle Times has reported.

Police confirmed the shooting happened Sunday morning, after officers responded to Lyles’ Seattle apartment. They’d had previous contact with Lyles, who was alerted to the responding two officers as a “hazard,” the Times reported.

“Officers were confronted by a 30-year-old woman armed with a knife,” according to a Seattle police blotter website. “Both officers fired their duty weapons, striking the woman. ... There were several children inside the apartment at the time of the shooting, but they were not injured. They are being cared for by other family members at this time.”

The shooting is being reviewed by SPD’s Force Investigation Team and its Office of Professional Accountability, police chief Kathleen O’Toole said. The local prosecutor’s office will also review the incident, the Times reported.

Williams, Lyles’ sister, and Florida Carroll, a stepsister, were seen Sunday outside of their sister’s apartment cursing officers and weeping. Williams told reporters that Lyles had been living with “mental health” issues, and family members said she was several months pregnant. She had been concerned about possible eviction from her apartment and that police would take her children, one of whom has Down syndrome, family members said.

In a previous encounter with police, Lyles had reportedly wielded a pair of scissors as protection against a boyfriend, according to the Times. She was arrested and booked in jail on June 5 on charges of obstruction of a public official and two counts of harassment.

Mic has not been able to independently verify details of Lyles’ backstory with her family.

The woman’s case quickly attracted the attention of activists in the Black Lives Matter movement, amid renewed outrage over police violence and the seeming lack of police accountability in other high-profile shooting cases. Lyles’ name was trending on social media networks Monday morning.

Local activists were calling attention to the Seattle Police Department’s history of excessive use of force, for which they have been federally monitored since 2012. The monitoring has been done under a consent decree. A U.S. Department of Justice investigation found that officers showed a pattern and practice of using force against people with mental health and substance abuse issues, in addition to racially biased policing against African-Americans.